“This is yet another betrayal by the Brexiters of the promise made that nothing would change for EU citizens already here," former Labour MEP Seb Dance said. 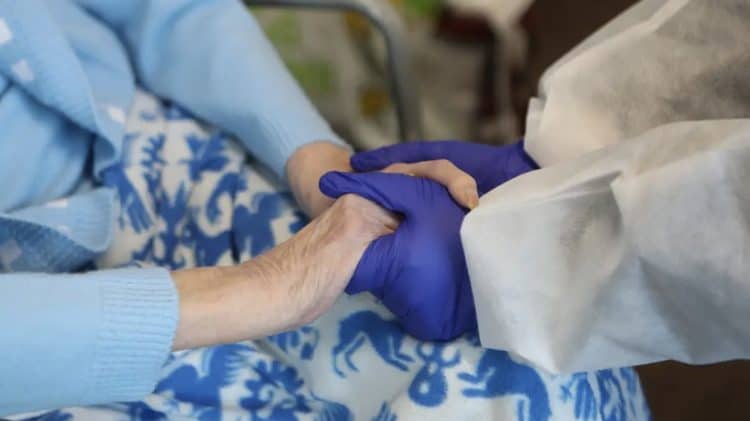 A Spanish woman who has lived in England more than four decades has been sacked from her care home job because she could not prove her right to work in the UK post-Brexit.

The news comes as EU citizens had to apply for the UK government’s EU Settlement Scheme by 30 June in order to mantain their rights to live, work and access housing and healthcare in the UK.

The woman, who wishes to stay anonymous, arrived in the UK when she was 11 months old and has never left since, The Guardian has reported.

Waiting on the Home Office

She said she tried more than 100 times to speak to the Home Office over the past three weeks, but could not get through the helpline.

Although she applied for the EU Settled Status, she is still awaiting a decision whilst the Home Office processes a backlog of more than 500,000 cases.

The woman, who is married to a British man, is the main earner in her household, and said her dismissal means she is struggling to put food on the table for their two British children. The lack of EUSS means she is also unable to claim benefits.

But her employer told her they had to fire her because they believed they would be fined by the government if they kept employing her.

She said her employer asked her to “provide evidence” that she “had the right to work in the UK”.

The question came as she has been paying tax and national insurance contributions for around 30 years.

Dora-Olivia Vicol, CEO at Work Rights Centre, told the newspaper that EU nationals are often refused employment opportunities whilst waiting for a decision on their EU status in the UK and that employers don’t tend to read Home Office guidance.

“The hostile environment has created a culture of fear, where risk-averse employers are overreacting in their right to work checks,” she said.

A Home Office spokesperson told The Guardian: “There have already been more than 5.1m grants of status under the hugely successful EU settlement scheme. Anyone who applied to the scheme by the 30 June deadline, but has not had a decision, has their rights protected until their application is decided. This is set out in law.”

The group labelled the government;’s communication to employers as “woeful”.

“The Home Office stresses the fines and penalties for anyone employing someone without the right to work, and adds as a p.s. that people should not be discriminated against. Which bit is in bold?” the group has asked.

Marlies Haselton, from The Netherlands, said: “Does it sound familiar to you? They did this to the Windrush victims. They are doing it again.”

But the communication to employers has been woeful on this.

The Home Office stresses the fines and penalties for anyone employing someone without the right to work, and adds as a p.s. that people should not be discriminated against.

Bremain in Spain, a group campaining for citizens rights, said the situation is “disgraceful”. “We sadly expect a lot more of this,” they warned.

Former Labour MEP for London Seb Dance added: “This is yet another betrayal by the Brexiters of the promise made that nothing would change for EU citizens already here.

“It is also a tragic example of how ending free movement hits those with the least the hardest.”

This is yet another betrayal by the Brexiters of the promise made that nothing would change for EU citizens already here. It is also a tragic example of how ending free movement hits those with the least the hardest. https://t.co/WaqVOZv9t9