Development was Britain's only calling card to the world - one that has been discarded thanks to 'politics'. 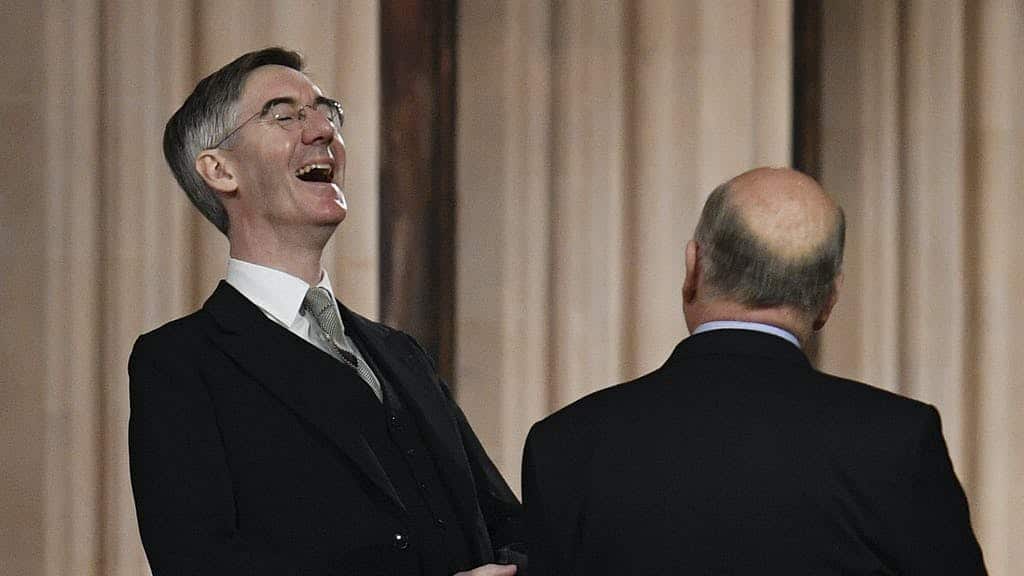 Jacob Rees-Mogg has said Unicef should be “ashamed” of itself for “playing politics” after the charity launched a campaign to feed UK children during the coronavirus pandemic.

The attack followed the announcement by Unicef on Wednesday that it would pledge a grant of £25,000 to the charity School Food Matters which will use the money to supply thousands of breakfast boxes over the two-week Christmas school holidays to vulnerable children and families in Southwark, south London.

The charity said each box will provide enough food for 10 breakfasts across the Christmas holidays.

Raising the matter during business questions, Labour’s Zarah Sultana (Coventry South) said: “For the first time ever, Unicef, the UN agency responsible for providing humanitarian aid to children, is having to feed working-class kids in the UK.

“But while children go hungry, a wealthy few enjoy obscene riches. From Tory donors handed billions in dodgy contracts to people like the Leader of the House, who is reportedly in line to receive an £800,000 dividend payout this year.

“So will (Mr Rees-Mogg) give Government time to discuss the need to make him and his super-rich chums pay their fair share so that we can end the grotesque inequality that scars our society?”

Mr Rees-Mogg replied: “I think it is a real scandal that Unicef should be playing politics in this way when it is meant to be looking after people in the poorest, the most deprived, countries of the world where people are starving, where there are famines and where there are civil wars, and they make cheap political points of this kind, giving, I think, £25,000 to one council. It is a political stunt of the lowest order.”

He added: “Unicef should be ashamed of itself”.

His response has received a furious backlash, with Sultana calling it a “disgusting” point of view and others likening him to a Victorian Scrooge type character.

But few people have picked up on the fact that above all he has been a total hypocrite.

Ever since the current administration was elected they have been championing a ‘Global Britain’ ready to be unleashed from its shackles as soon as an exit from the European Union has been secured.

But given the chance to prove that commitment chancellor Rishi Sunak moved to cut the UK’s foreign aid budget – telling voters he would rather spend taxpayer’s money closer to home.

Now that, dear reader, is the very definition of ‘playing politics’ because it is both a complete fallacy and it flies right in the face of what they were supposed to be out to achieve.

As Larry Elliott points out here, UK governments have been gradually turning Britain into a development superpower over the past 25 years, giving the country real global clout.

“It was a textbook example of the exercise of soft power”, he said, but that’s now all being “tossed away in acts of wilful political vandalism.”

Mihir Sharma of Bloomberg tends to agree, pointing out that development assistance is a “vital source of international reach and power” that has underpinned the successful growth of China among others.

“Only in the world of development does Britain remain globally relevant. When it comes to augmenting state capacity, pioneering new development paradigms and a host of other influential issues, what Whitehall says matters a great deal.

“Britain is not now and never will again be a superpower in any other way”. Yet it is this – “Britain’s only calling card to the world” – that Johnson wants to throw away.

So forgive us, Mr Rees-Mogg, if we want to call foul on accusations that it is Unicef that is playing politics when the current administration are among the worst culprits.

In time, you will see for yourself.