Cummings hit out at a political system which encourages politicians to focus on “Twitter and gossip column stories about their dogs”. 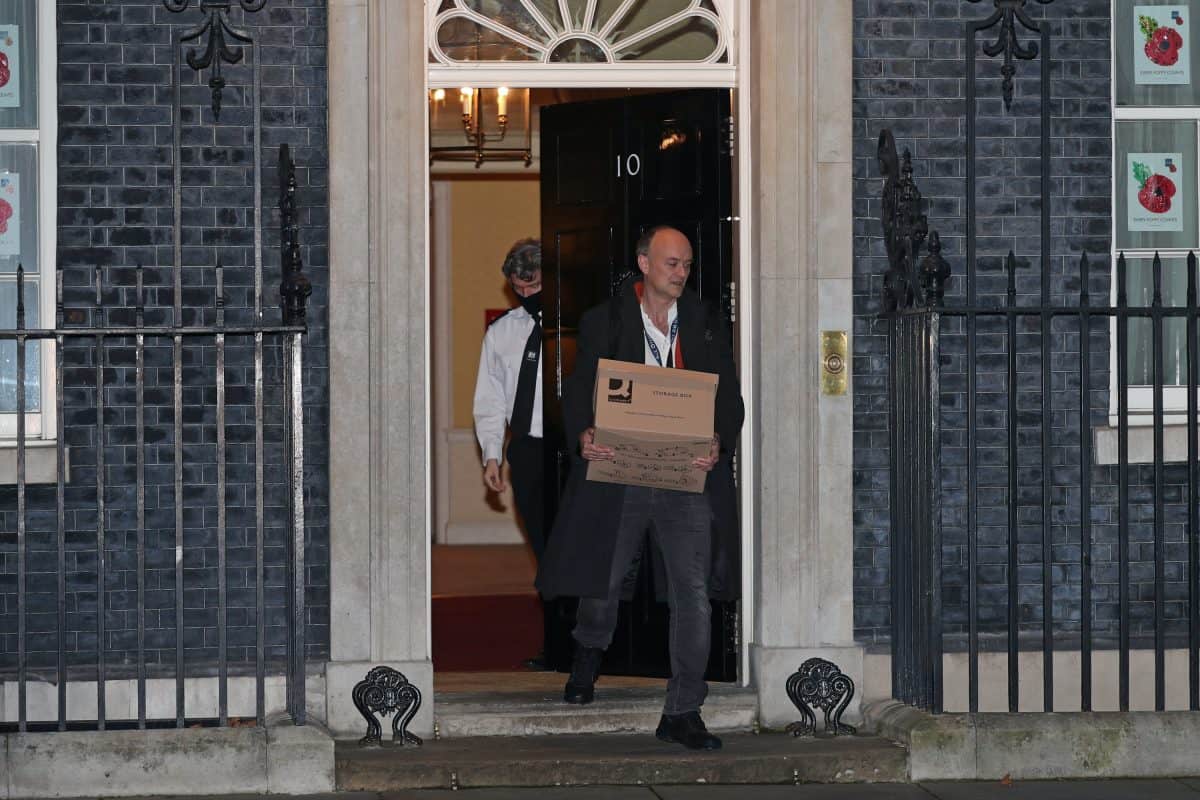 In the Christmas issue of the Spectator – where his wife, Mary Wakefield, world, Cummings was one of several public figures asked to name a moment of historical significance.

He pointed to a 1983 incident when a Soviet military official was alerted to a US nuclear missile launch – but correctly guessed it was a false alarm, so didn’t retaliate.

Cummings wrote: “We have fluked many similar episodes since the 1960s. ‘Launch on warning’ protocols combined with flawed early warning systems remain a huge danger today.

“Nuclear and biological weapons are proliferating. Issues of existential importance are largely ignored and our political systems incentivise politicians to focus more on Twitter and gossip-column stories about their dogs.”

His comments are likely to be seen as a thinly veiled swipe at Johnson’s fiancee Carrie Symonds who was widely seen to have engineered his departure from No 10 last month in a bitter Downing Street power struggle.

The prime minister and Symonds acquired their rescue dog, Dilyn, in a blaze of publicity shortly after he took office.

He also appeared to take a sideswipe at the former Cabinet Secretary Lord Sedwill – with whom he also reportedly clashed – suggesting that it was his successor, Simon Case, who had recognised the problems with the nuclear deterrent.

“In Britain, parts of the nuclear enterprise have rotted from years of neglect, though thankfully the new Cabinet Secretary knows and cares and is acting to remedy this,” he wrote.

“In America and Russia, security disasters are routine. As Covid has shown, far greater intellectual and material resources ought to be deployed on such apparently low-probability, high-impact events.”

On Wednesday, Johnson’s press secretary Allegra Stratton was forced to defend Cummings’ £45,000 pay rise – claiming it took him to the “correct level of salary” for his role as a “most important” special adviser.

The salary raise to up to £144,999 provoked anger for rewarding an individual whose trip to Barnard Castle during the first lockdown has been cited as undermining public confidence in the Government.

Related: Cummings’ £45k pay rise ‘correct’ for his ‘most important role’, No 10 says