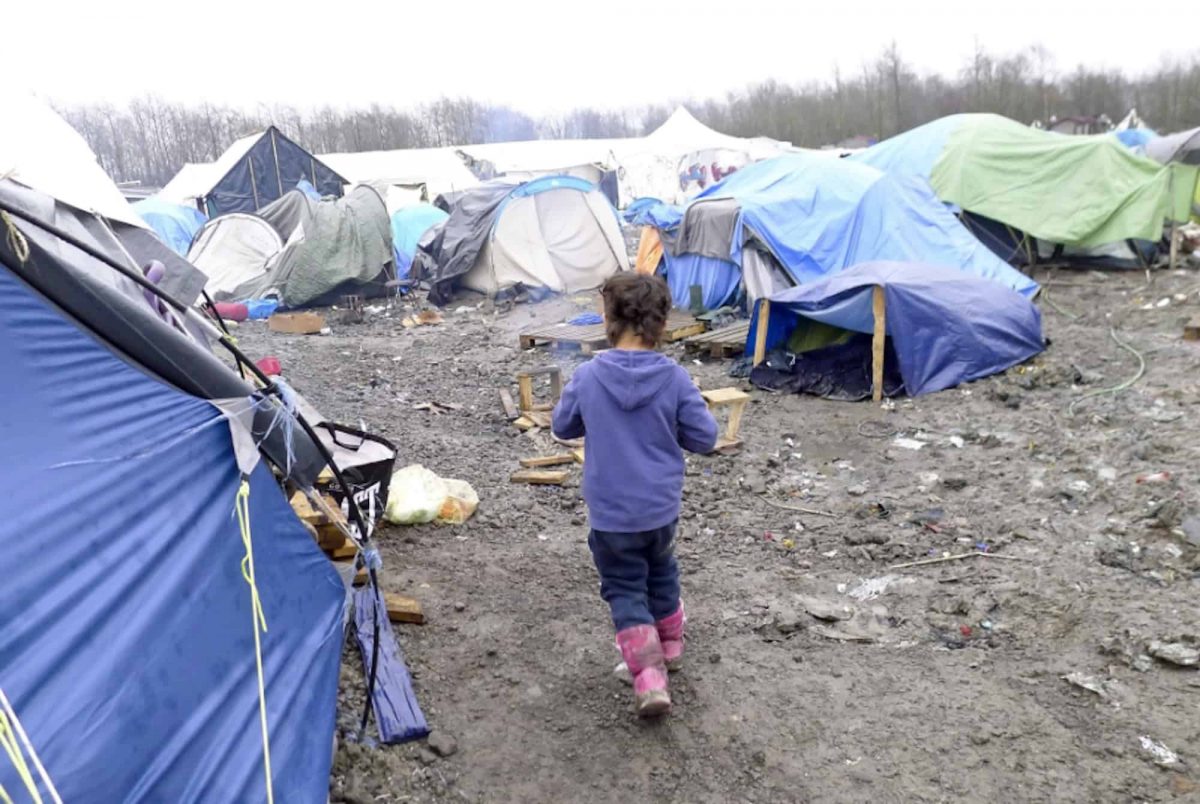 This week in Calais we were giving out boots when I met a young boy in soaking wet clothes.  The temperature was bitterly low and he was shaking so badly he could hardly talk. He’d gotten wet in a rainstorm the day before and had no way to get dry.  I was horrified to learn he had been outside, cold and wet through, for 24 hours. He was exhausted. This is the harsh reality for children sleeping rough in places where we work.

His name is Tahi, he is from Somalia and he is just 16 years old.  He ran away two years ago when his father, mother and sister were killed in security force attacks on civilians.  I’ve read a Human Rights Watch report on the many abuses committed by government forces in Somalia in 2018, but he knows nothing of the political events.  He only remembers the fear.

Now he is in Calais because he has an uncle he wants to join who lives and works in Birmingham.  The Uncle met Tahi when he visited Somalia and they talk via WhatsApp whenever Tahi can find free wifi.  He is Tahi’s only hope.

But this week our government voted to remove an amendment from the EU Withdrawal Bill that would protect Tahi’s right to be reunited with his uncle.   I simply can’t imagine why.  To me there is nowhere on this earth that this child could better be than with his uncle who wants to take care of him.

But, luckily, this week’s vote is not the end of the story.

To be honest, it was not even unexpected. So the real fight starts now.  Later this year there will be votes on the Immigration Bill and we need to start thinking now about how to influence that to include measures to protect child refugees like Tahi.

It was only just over one month ago that the government first removed the provision to protect child refugees from the Withdrawal Agreement Bill, and in that month a great deal has been achieved.

The petition in support of child refugees on Change.org has over 215k signatures, and Safe Passage supporters have sent 20,000 emails to MPs.  There has been a mass of press coverage and at all stages the Government has insisted that their position on family reunion for unaccompanied asylum-seeking children has not changed.

We must hold them to account and demand that this is not yet another empty promise to vulnerable children who are not able to speak up for themselves.  There are so many people fighting to support these children. We will not give up now.  Watch this space.

Care4Calais is a volunteer led charity delivering essential aid to refugees living in the worst conditions in Belgium and France.