Big problems require big solutions, and that has to come from the top. 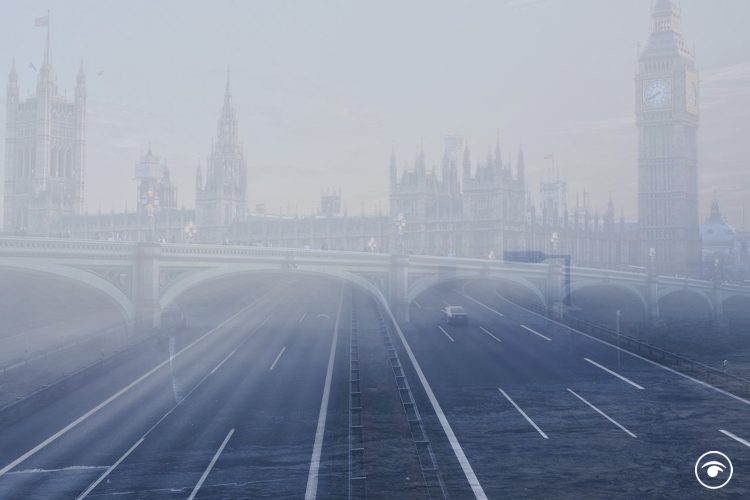 Dear reader. A lot can happen in a week in British politics, and simultaneously, nothing can happen at all. Since we last spoke, the Conservatives have shed almost 400 councillors in the local elections and lost their prized local authority of Westminster, making Boris Johnson the first resident of Downing Street to be a constituent of a Labour-run council. But a mixed bag of results outside of London and fresh allegations about a lockdown-busting beer and curry evening have left us finishing the week much as we started it, with a beleaguered PM still in place and talk of parties still on our minds.

So, if I may, I’d like to take the opportunity to discuss another matter – or two, to be precise – that have got my goat over the past few weeks. The first was a debate over car ownership sparked after Stefanie O’Gorman, who sits on the Scottish Government’s Climate Emergency Response Group, suggested households with two cars are “not acceptable”. If we want to live more sustainably, she opined at the Edinburgh Science Festival, “we can’t afford for everybody to have two cars”, adding that houses should no longer be designed with double garages.

She is, of course, right in principle. Transport produced 27 per cent of the UK’s total emissions in 2019. Of this, the majority (91 per cent) came from road transport vehicles. Therefore, realistically achieving our emissions targets cannot happen with the current number of cars on the road. But here’s the rub. Petrol guzzling cars are not only the highest-polluting modes of transport, they are also by far the most convenient. We have literally built our entire transport infrastructure with cars in mind. There is a quarter of a million miles-worth of road in Great Britain and close to 10,000 petrol stations, which puts you within a 25-mile reach on average of the very thing that is killing our planet.

More environmentally-friendly forms of transport, on the other hand, are either too costly or too inconvenient. The average price of an electric car in the UK is around £44,000 and despite Tory pledges to invest £4.2 billion on local train, bus and tram services – a policy borrowed from Mr Corbyn, of course – our public transport network is still viewed with a certain disdain, which is a real problem if we are to achieve the desired push/ pull effect (push away from cars, pull to alternatives) that has resulted in reduced emissions in forward-thinking European cities such as Leuven, where people who once thought cars were the be-all and end-all now can’t imagine why.

That shift happened because the local government made it so. They didn’t tell people to stop driving, they didn’t call them irresponsible for doing so, they just made it more impractical to drive while making alternative modes of transport more alluring. Build it and they will come, as the saying goes.

A similar approach might be adapted towards another issue discussed last week concerning obesity. The World Health Organisation has announced that obesity rates in Europe have now reached “epidemic proportions”, which prompted the usual response in the media that overweight people are too lazy to do anything about it. Again, no thought was given to the sort of environment that might have contributed to the problem, no mention that poverty – that is trending up – statistically increases rates of obesity, or that our food industry is largely driven by the very things we need to avoid.

Say people were given the same access to healthy and nutritious foods as they are to junk foods. Say children were supplied with nourishing meals from an early age at school and there was more education around the causes of obesity. That wouldn’t admonish people of their personal responsibilities, nor should it, but it would offer a better environment than the one we are currently faced with, and that is half the battle.