Boris Johnson’s Withdrawal Deal has led to calls for a referendum with a customs border looking likely between Northern Ireland and the rest of the UK, while Northern Ireland remaining bound by EU rules. 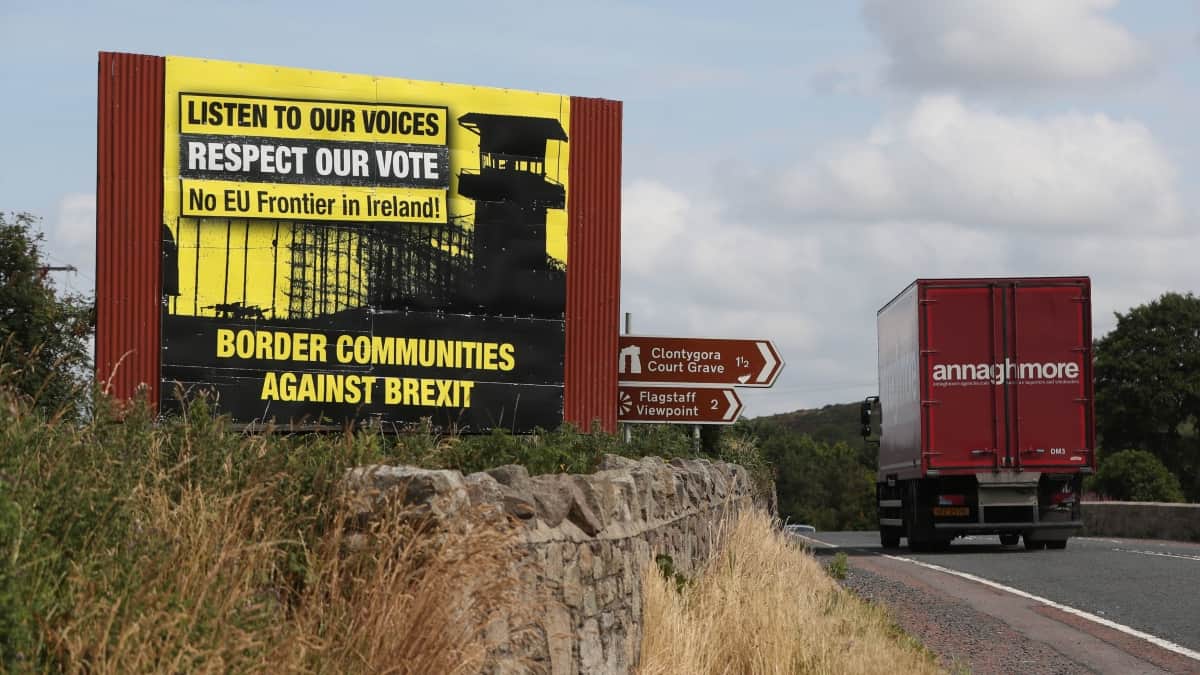 The leader of the Green Party has dismissed calls for a border poll over a united Ireland, which he says risks being divisive and counterproductive.

Boris Johnson’s Withdrawal Deal has led to calls for a referendum with a customs border looking likely between Northern Ireland and the rest of the UK, while Northern Ireland remaining bound by EU rules.

After voters in Northern Ireland elected more nationalist MPs than unionists in this month’s UK general election, calls have begun growing for a referendum on the future of Ireland.

The Green’s Eamon Ryan told the Press Association his party, which has representatives on both sides of the border, does not think it is the right time for a border poll.

“We don’t think it is time for a border poll. Why would you repeat the mistakes of Brexit?

“Why force a question through where you haven’t even worked out what the possible answers might be, or even what question you ask?”

“That is something that we have learned in the South over the years, that referenda are difficult things and can go wrong. People answer the wrong question or answer different questions than were asked.”

“I just don’t think, at this present time, that’s the number-one priority. I think the number,one priority should be getting Stormont back and reforming the way it works, making sure it actually is much more representative.”

Mr Ryan said he is confident more people will vote for the Green Party in elections in Northern Ireland in the future, rather than who they would have traditionally voted for.

“I’ll be confident… I think what’s happening up north is what we’ve been saying for decades. You don’t have to vote on sectarian lines. This old idea that there are nationalists and unionists and that’s the only way you can vote is no longer true.

“I think the green vote actually has been one of the central components in that. The growth of a new block of people up north who are not just identifying on that basis.

Mr Ryan said the political focus in 2020 should be on Brexit and getting the Northern Ireland Assembly sitting again.

“We have to implement a Brexit deal that is going to differentiate the North from the rest of the UK.

“Managing that and managing to make sure that we get all-Ireland regulations and environmental standards and labour standards.

“There is so much to be done, particularly in a very difficult Brexit period ahead of us. That should be the focus at this critical time.

“Forcing a border poll as the kind of be all and end all, as if we’re immediately straight into a united Ireland… I think that could be divisive and counterproductive. It would be far better to get politics working in the North and see what goes from there,” he added.

Mr Ryan said he does not think Britain will leave the European Union by the end of 2020.

“Boris Johnson has said that no matter what, they’re going to be leaving by the end of this year and that they’re going to get a trade deal by June or by autumn. I don’t see how that’s possible – it is certainly highly unlikely.”

Mr Ryan said it is important that there should be no lowering of standards once Britain leaves the European Union because the Republic of Ireland is its closest trading partner.

“We need to make sure we don’t have a large economy geographically right beside us, which is going to go on a course of lowering standards, lowering environmental or labour standards.”

“I think we have to maintain our relationship with the UK respectfully, and kind of remind them at key points on the way: well you know you may have left the European Union but actually there’s certain areas where we still have to co-operate.”

“I think whatever the UK Government does, we should hold our nerve and work collectively in the European Union as we have done in the past three years, and try and maintain some of those standards and try and encourage the UK to follow them because going down a deregulation route… I don’t think that will be good for them in the end, and certainly wouldn’t be good for us.”