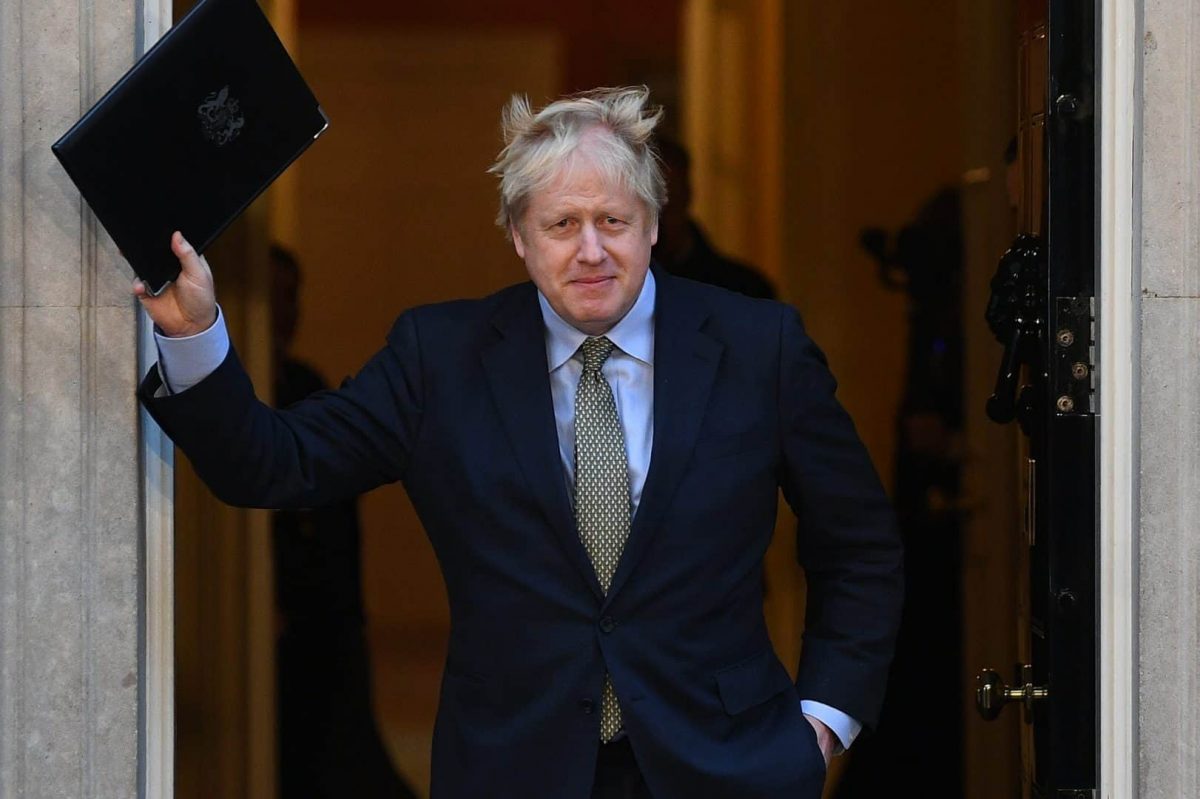 Despite 52 per cent of British voters voting for parties that are against his Brexit, Boris Johnson insists he won a “stonking mandate” – the 80-seat majority he can “get Brexit done, ” speeding the legislation through the House of Commons and House of Lords over Christmas.

Johnson made a big play when taking over from Theresa May about being “Minister for the Union”, as well as Prime Minister.

But that could be another promise he breaks along with the United Kingdom.

Number 10 said Johnson told Irish Prime Minister Leo Varadkar on Friday that he would make it his “top priority” to get Stormont up and running again.

Given Stormont’s approval has a key role to play in Johnson’s Withdrawal Agreement, the clock is well and truly ticking when it comes to delivering on that vow.

Johnson’s Withdrawal Agreement has broke all his promises of no border down the Irish sea and will leave Northern Ireland trading under EU rules they will have no say over as well as facing barriers with the rest of the UK. All of which threatens to flare up tensions over the status of Northern Ireland.

If protecting the Union has become a lot trickier in Northern Ireland, it will certainly become much harder in Scotland, where the SNP feel they have little in common with the direction Westminster is heading, a Westminster that promised they would stay in the EU if they voted not to leave the rest of the UK.

It was telling that Johnson wasted no time in phoning SNP leader Nicola Sturgeon, who was celebrating her own swathe of gains north of the border and has said IndyRef2 is Scotland’s “democratic right.”

But her Conservative counterpart told her in no uncertain terms that he “remained opposed to a second independence referendum”, according to Downing Street.

That answer is unlikely to satisfy SNP MPs returning to Westminster on Tuesday, meaning Mr Johnson will need to find a way of appeasing Scottish voters on the issue – or relent to the pressure, like his predecessor David Cameron did.

Only with the strength of feeling against Boris Johnson the referendum on independence that the SNP feel entitled to call now might not go the same way as last time when Scots voted to stay.

A Downing Street spokesman said: “The Prime Minister spoke to First Minister of Scotland Nicola Sturgeon earlier this evening, where he reiterated his unwavering commitment to strengthening the union.

“On Brexit, the Prime Minister said that he is now in a position to get this done in a way that allows the whole of the UK to move forward together, providing certainty for Scottish businesses and improving the lives of people right across Scotland.

“The Prime Minister made clear how he remained opposed to a second independence referendum, standing with the majority of people in Scotland who do not want to return to division and uncertainty.

“He added how the result of the 2014 referendum was decisive and should be respected.”

A spokeswoman for the First Minister also said: “This was a constructive call in which the FM indicated she would be publishing a paper next week and the two leaders agreed to have a more detailed discussion in the near future over the issues raised by the election result.”

The Conservatives lost more than half the seats they had held north of the border, with six MPs now, in what Sturgeon called a “crushing defeat in Scotland”.

The Liberal Democrats also saw losses in Scotland. Jo Swinson lost out to Amy Callaghan by 149 votes in East Dunbartonshire, in what was seen as a major scalp for the SNP on Friday.

Swinson is no longer the leader of the party she branded “Jo Swinson’s Liberal Democrats” as under party rules only MPs can be the leader. She had claimed that she could be PM, and has a lot to answer for in joining Boris Johnson’s call for a general election before dealing with Brexit, a terrible gamble considering Boris Johnson was in minority government and would have stayed in that state had she not agreed to an election. Considering she branded the Lib Dems the party of stopping Brexit, she made a hard Brexit much more likely by splitting the remain votes and even sending fake leaflets claiming the Lib Dems were best placed to beat the Tories to seats which were closely tied between Labour and the Tories such as Chipping Barnet and Kensington which both went blue on Thursday.

Elsewhere Labour was again left with just one MP in Scotland – Ian Murray in Edinburgh South.

Scottish Labour leader Richard Leonard lamented his party’s “devastating” result, putting the defeat down to constitutional issues – a desire for Scottish independence – rather than shifting blame on to Jeremy Corbyn.