Sir Iain was the architect of the Government’s controversial Universal Credit welfare reforms. 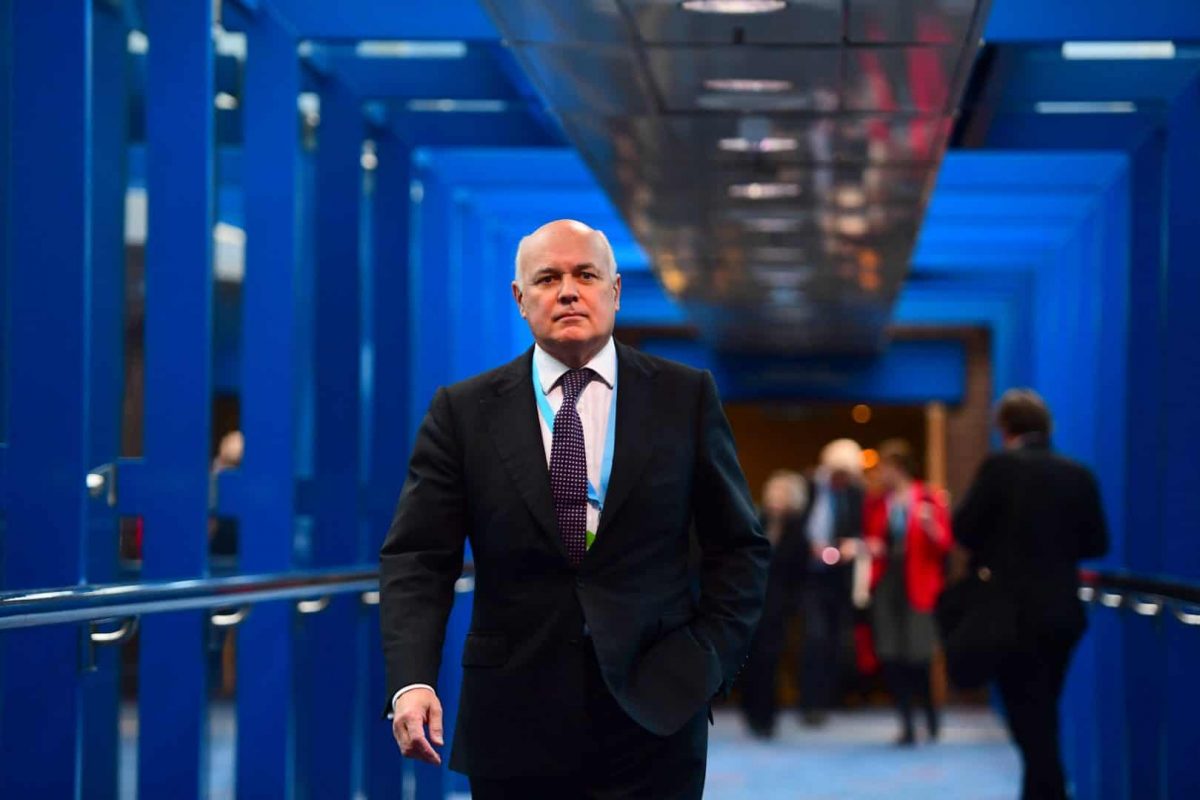 The award of a knighthood to former Conservative Party leader Iain Duncan Smith has been criticised as a reward for a “legacy of cruelty and failure”.

As work and pensions secretary under David Cameron, Sir Iain was the architect of the Government’s controversial Universal Credit welfare reforms.

Opposition parties said it “beggared belief” that someone whose policies had caused so much distress should be honoured in this way.

Labour’s Lisa Nandy lambasted the award, tweeting that it was a “disgraceful decision by Boris Johnson to reward a legacy of cruelty and failure”.

“This regime deliberately removed the safety net. It stripped people of their dignity. There is no honour in that.”

In government, Sir Iain argued the changes were designed to end the benefits trap, ensuring that it always paid for claimants to take work, while simplifying the system.

However, complications with the roll-out of the new system and delays in making payments were blamed for driving thousands of low-income families into poverty.

In 2016, Sir Iain unexpectedly resigned from the Cabinet, attacking the Government’s policy of welfare cuts.

He was an ardent Brexiteer and, as a backbencher, was a leading light in the Tory European Research Group (ERG) which proved to be such a thorn in the side of Theresa May.

Primary architect of a cruel system

A Labour Party spokesman said it was “unfortunate to see that one of Boris Johnson’s first priorities” was to reward Sir Iain – the “primary architect of the cruel Universal Credit system, which has pushed thousands of people into poverty” – with a knighthood.

“Boris Johnson should be trying to fix his party’s shameful mistakes, not give out rewards to those responsible for its failure,” they said.

Liberal Democrat MP Christine Jardine said Sir Iain had been responsible for creating a welfare system in which people were expected to survive for weeks without payment, causing “untold stress”.

“It beggars belief that Iain Duncan Smith has been rewarded in the New Year’s Honours list,” she said.

“He is the architect of Universal Credit – a failed system that has left thousands of families struggling to pay bills and buy food.”

In other awards in the New Year Honours list, the veteran Conservative MP Bob Neill, who was chairman of the Commons Justice Committee in the last Parliament, is knighted.

Labour MP Diana Johnson, who campaigned on behalf of victims of the NHS contaminated blood scandal, is made a dame.

The senior Labour MEP Claude Moraes, a long-standing campaigner for refugees and on justice and civil liberties issues, is made an OBE.