Sweet potato and carrots were dropped for the animals in New South Wales. 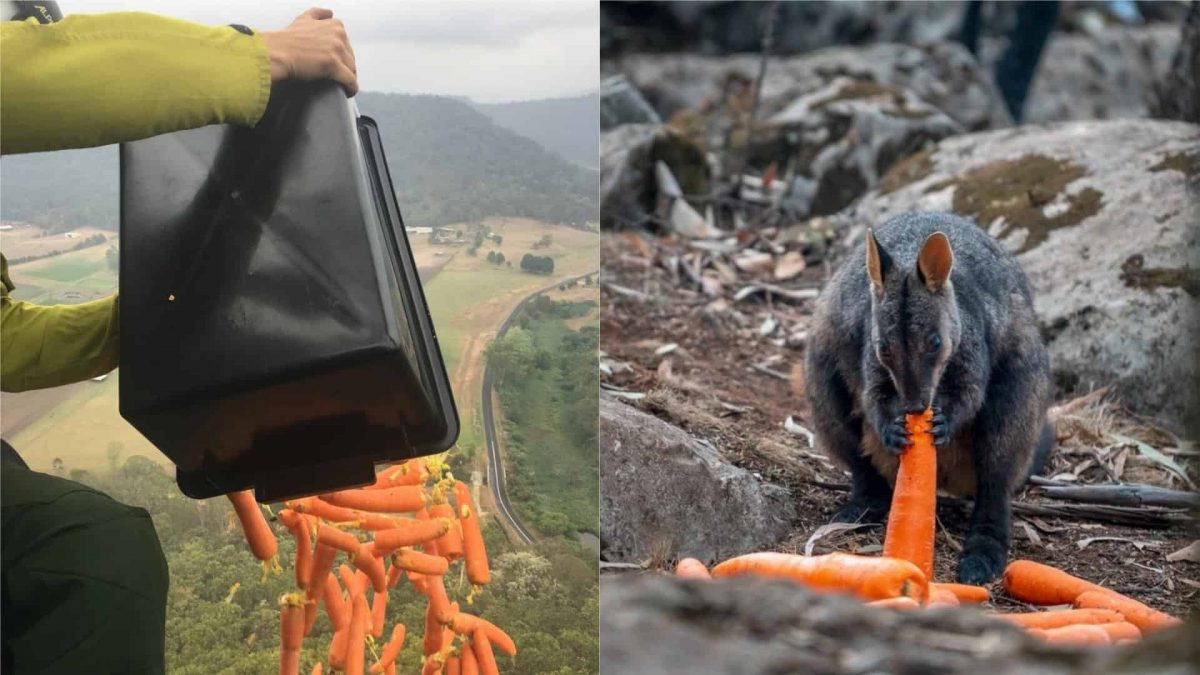 Vegetables have been dropped over New South Wales in an effort to distribute food to fire-affected wildlife in Australia.

Thousands of kilograms of food including sweet potato and carrots were flung from the air for wallaby colonies, according to Minister for Energy and Environment for New South Wales Matt Kean.

He also shared an image of one of the fire-affected critters munching on a carrot, with the caption “One happy customer”.

Earlier in January, a professor from the University of Sydney estimated 480 million animals had already been killed since the bushfires began in New South Wales alone.

Crews battling the country’s fires said they have been able to turn from defence to offence for the first time in weeks thanks to a break in the weather.

The tragic Australian wildfires that are now billowing smoke as far afield as South America have led to a death toll of at least 27 in a crisis that has destroyed over 2,000 homes.

Thousands of protesters rallied late on Friday in Sydney and Melbourne, calling for Mr Morrison to be sacked and for Australia to take tougher action on global warming.

The prime minister said on Sunday that his government was building resilience to the fire danger posed by climate change.

He said the government was developing a national disaster risk reduction framework within the Department of Home Affairs that will deal with wildfires, cyclones, floods and drought.