Paul Harry, 40, from Mumbles, Swansea, took a picture of the vehicle, which says “We care where you park” on the back, taking up two spaces yesterday afternoon (11/01). 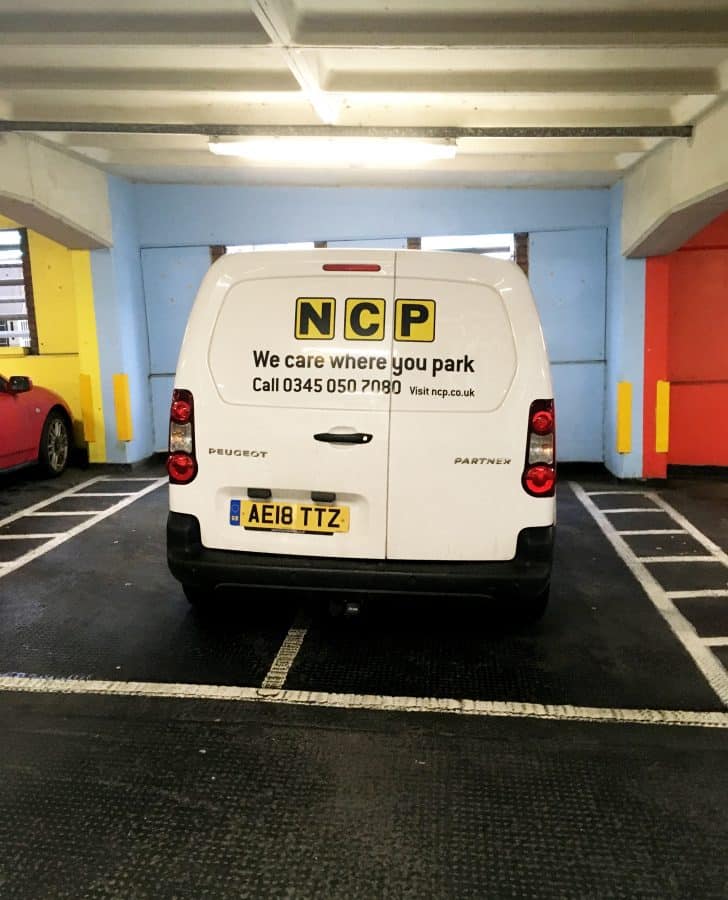 This NCP van emblazoned with “we care where you park” was pictured – straddling two parking bays in one of its own lots.

He and his wife Helen, 45, were taking their children Robyn, 10, and Finlay, 6, to see Star Wars at the Vue Cinema in Swansea.

He said: “I pulled into the NCP and spotted the van sat there and thought: ‘That is quite poor.’.

“I had to go up quite a few levels because there was no ground floor parking, so we had to walk down the stairwells which smell of urine.

“My daughter spotted the van and said: ‘That’s a bit selfish of someone to park like that.’

“I think it’s quite poor that he is taking up two spaces.

“NCP say they care where you park but they don’t care where they park.

“It is embarrassing for NCP, as a national company, and I think they’re taking liberties.

“They should’ve got a ticket.

“The car park was busy on a Saturday and you had to go up and up and then come back down.

“We were away for the film, which was two hours 20 minutes plus adverts, and it was still there when we came back, so they were parked there for at least three hours.

“It wasn’t as if they just nipped into the office.

“It really mocks their slogan. It is really poor parking.

“I was going to put the pictures on Facebook or send it to a WhatsApp group where my friends have a laugh about things, but I think it needs to go to a wider audience.

“When I parked we were mindful we had left enough room for people.

“I’ve got a BMW 5 series, which is much bigger, and my wheels weren’t sticking out.

“Swansea has a huge issue with parking as a coastal town, especially on the weekend when everyone is shopping and this idiot’s taking up two spaces.”

Families must communicate more on work and wages