In an article published on the website of Channel 12 news over the weekend, military chief of staff Lieutenant General Aviv Kohavi was quoted as saying “the building was destroyed justly” and he did not have a “gram of regret”. 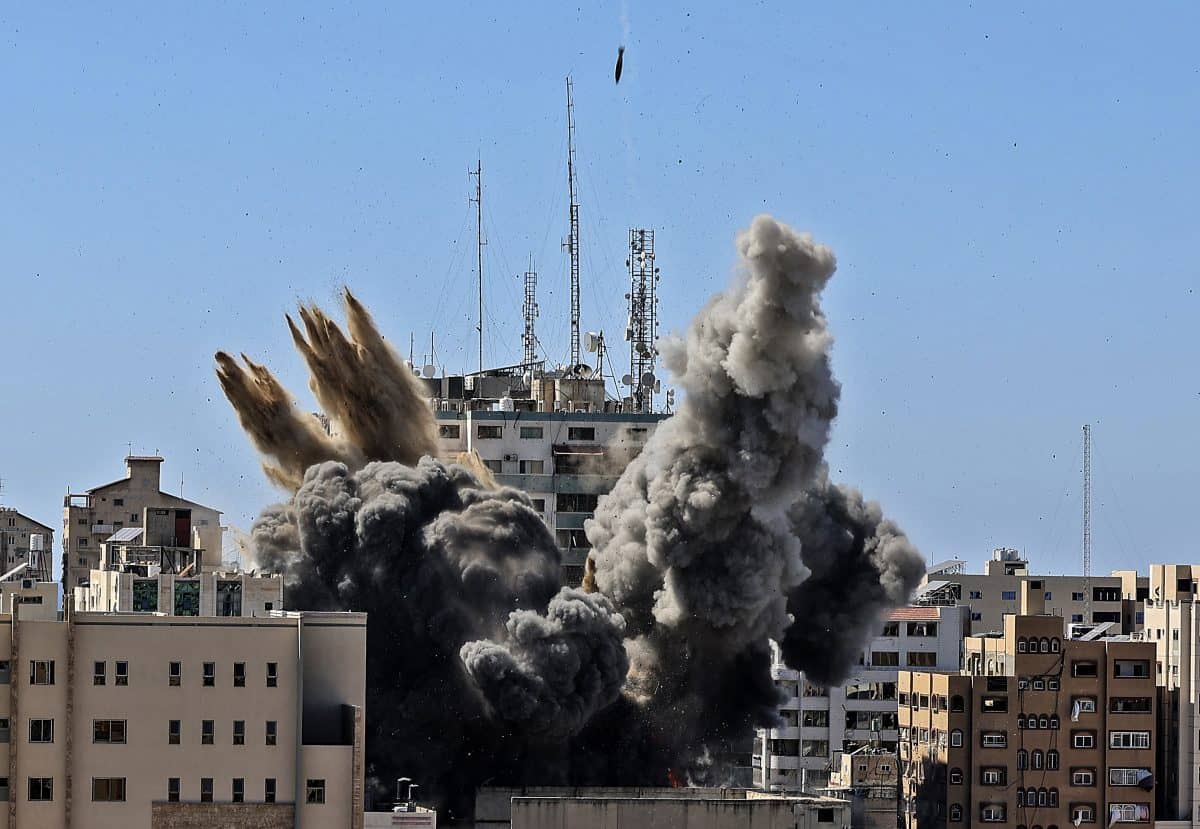 Israel’s defence minister has distanced himself from comments made by his military chief after Israel bombed a Gaza Strip high-rise building housing an Associated Press (AP) office and other news outlets.

In an article published on the website of Channel 12 news over the weekend, military chief of staff Lieutenant General Aviv Kohavi was quoted as saying “the building was destroyed justly” and he did not have a “gram of regret”.

The article then said Mr Kohavi had told “a foreign source” that AP journalists drank coffee each morning in a cafeteria in the building’s entrance with Hamas electronics experts, whether they knew it or not.

The AP called the comments “ patently false,” noting “there was not even a cafeteria in the building”.

“When the chief of staff talked about it, he was trying to portray the atmosphere, not the actual aspects,” Mr Gantz said.

Mr Gantz again alleged “there was Hamas infrastructure in offices that operated from this building”.

“The chief of the general staff explained the possible circumstances of such an encounter where the terrorist organisation Hamas embeds itself within the civilian population and uses civilian buildings for military purposes,” it said.

The Israeli army gave occupants of the building one hour to evacuate before the May 15 airstrike. No-one was injured but the high-rise was flattened into a pile of rubble.

The AP has said it had no indication of a Hamas presence in the building and was never warned of any possible presence before that day. It has called for an independent investigation and urged Israel to make public its intelligence.

Mr Gantz said Israel has shared its intelligence with the US government. But he indicated that Israel has no intention of making the information public, saying it did not want to divulge its sources.