It is believed hundreds of millions of animals have been killed by the blazes. 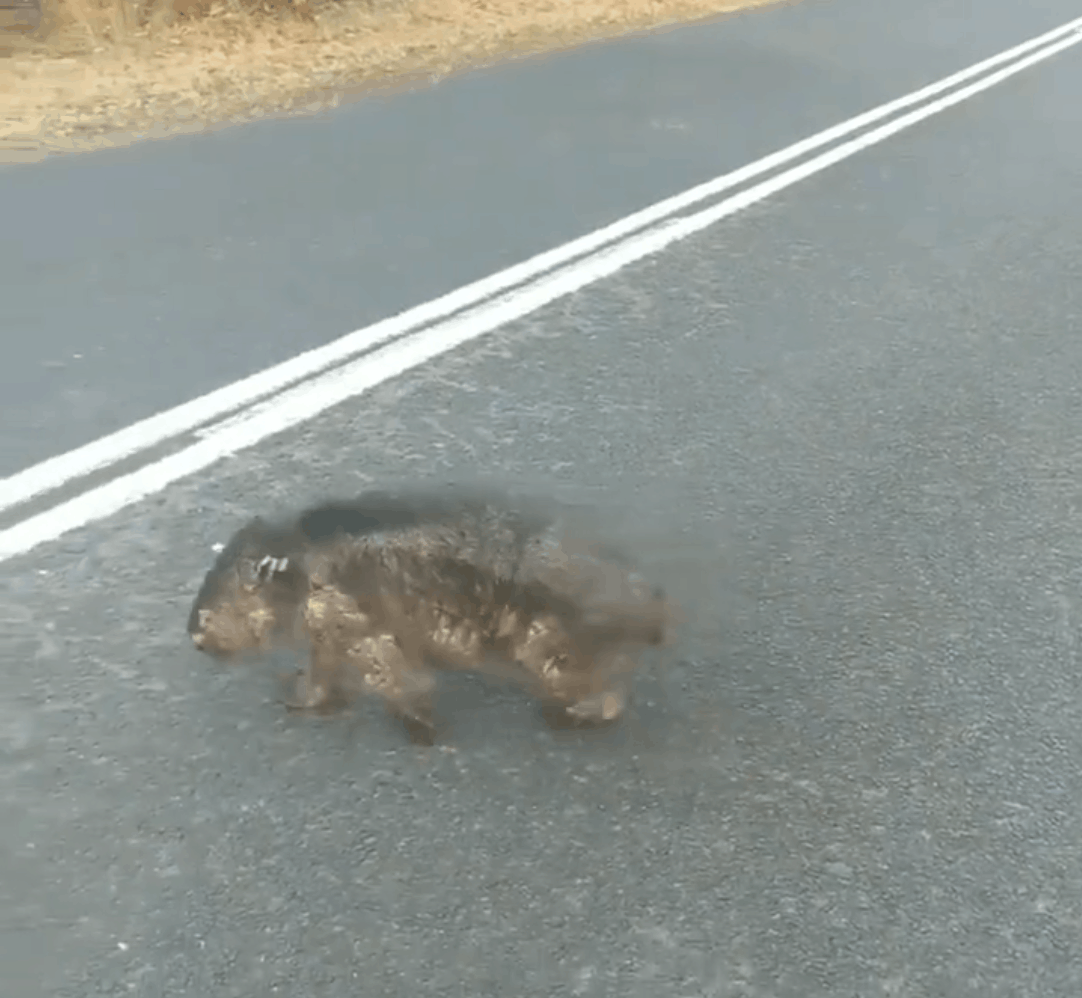 A burnt wombat has been spotted searching for food on a road in Australia as wildfires in the country continue to rage.

Michael Richardson filmed the marsupial after helping it to some water near Kulnura in New South Wales and described the scene as “heartbreaking”.

“It seemed a little confused while trying to find any food by the roadside,” Mr Richardson, who saw the wombat while on a bike ride at 6.30am, said.

“Its fur was burnt in places. So heartbreaking.”

It is believed hundreds of millions of wild animals have been killed in the blazes, which began in September.

Dead wildlife including kangaroos and koalas have been seen littering roadsides, with one video clip from Batlow, New South Wales, showing hundreds – which some viewers may find distressing.

Professor Chris Dickman, from the University of Sydney, has estimated 480 million animals have been killed since the bushfires began in New South Wales alone – but adds “the true loss of animal life is likely to be much higher”.

The university said in a statement on January 3: “The authors (of the study) deliberately employed highly conservative estimates in making their calculations.

“The true mortality is likely to be substantially higher than those estimated.”

The wildfires, which began months earlier than is typical in Australia, have also killed 25 people and destroyed 2,000 homes.