Worse is expected in Australia’s wildfire crisis in the next few days amid high temperatures and strong winds. 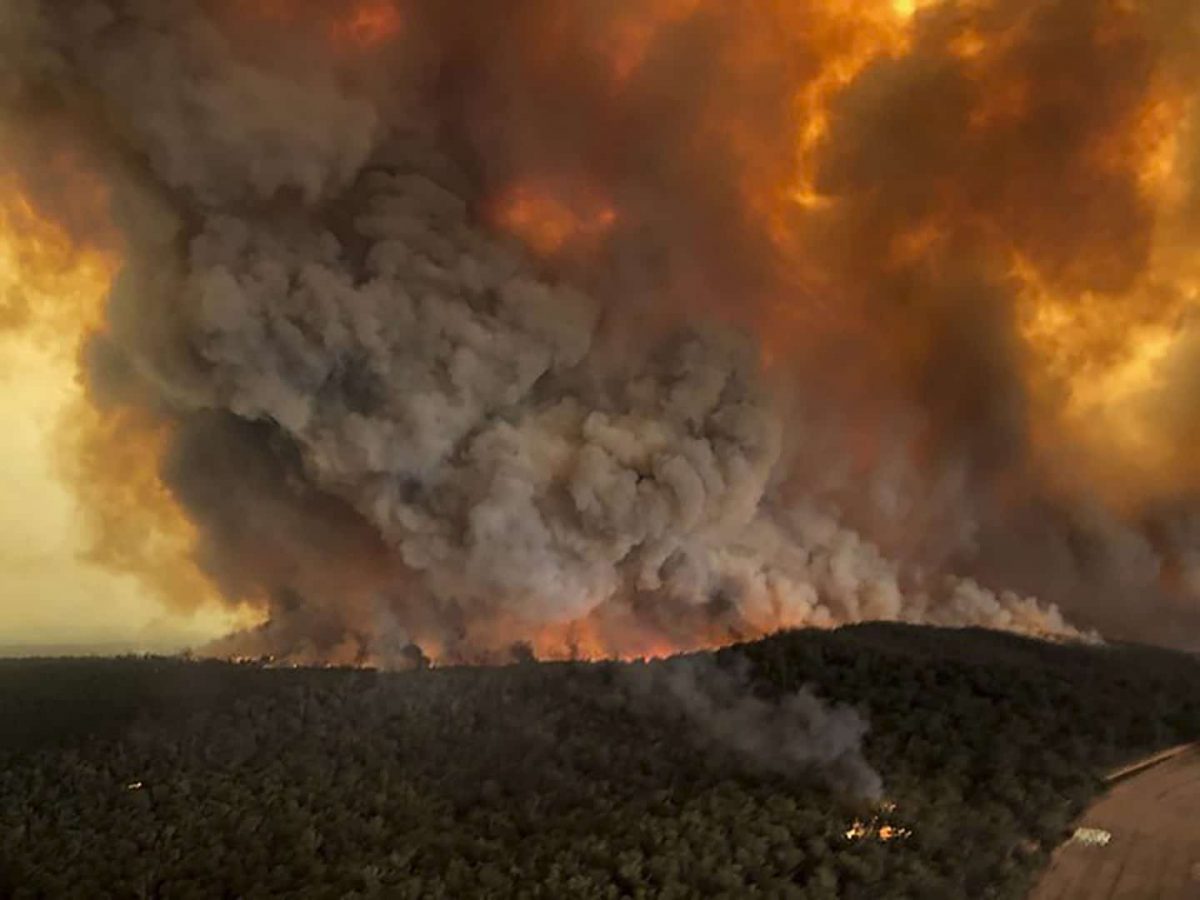 One of the largest evacuations in Australia’s history is under way ahead of hot weather and strong winds that are forecast to worsen devastating wildfires raging across the country.

More than 200 fires were burning and warnings of extreme danger to come on Saturday prompted mass evacuations.

Traffic was gridlocked as people fled and firefighters escorted convoys of evacuees as fires threatened to close roads.

Navy ships were called in to pluck hundreds of people stranded on beaches.

Victoria premier Daniel Andrews declared a disaster across much of the eastern part of the state, allowing the government to order evacuations in an area with as many as 140,000 permanent residents and tens of thousands more tourists.

“If you can leave, you must leave,” Mr Andrews said.

In South Australia state, fire officials said the weather conditions were a cause for concern because fires were still burning or smouldering.

“There are millions of sparks out there ready to go if they break containment lines.”

The early and devastating start to Australia’s summer wildfires has made this season the worst on record.

About five million hectares (12.35 million acres) of land have burned, at least 19 people have been killed, and more than 1,400 homes have been destroyed.

Scott Morrison finally visits those affected and is called ‘an idiot’

Prime Minister Scott Morrison said he was inclined to cancel a scheduled trip to India later this month because of the wildfires.

In December, he cut short a family holiday in Hawaii in the face of public anger at his absence.

He made the remarks in Bairnsdale, Victoria, where he received a warmer welcome than he had in another wildfire-ravaged town a day earlier.

The climate sceptic PM cut short Thursday’s visit to Cobargo in New South Wales when locals shouted at him, made obscene gestures and called him an “idiot” and worse, criticising him for the lack of equipment to deal with the fires in town.

In a radio interview, Mr Morrison said he understood the anger of people affected by the fires.

In an interview late on Friday with the Australian Broadcasting Corporation’s A Current Affair programme, Mr Morrison was defensive about his handling of the crisis.

He denied having ignored the warnings of fire chiefs that Australia was heading into a catastrophic fire season.

“I listen to the fire chiefs that are in their jobs now,” he said.

“They provided those exact same warnings and prepared our services to deal with the situation.

“Because of the drought, because of the fact there have been no quenching rains following the fires starting, that means this season is running longer and is presenting more difficult challenges.”

Mr Morrison’s response was seen to echo his repeated assertions that the fires are a natural disaster, and not the result of climate change exacerbated by Australia’s dependence on coal and other fossil fuels.

He was asked about the apparently cool reception he received in fire-stricken areas, including many who refused to shake his hand.

“There’s been different receptions,” Mr Morrison said, adding “where I was yesterday particularly they are very raw”.

Smoke from the wildfires has choked air quality and turned daytime skies to near-night-time darkness in the worst-hit areas.

Frogs, bats and insects are excluded from his estimate, making the toll on animals much greater.

Agriculture minister Bridget McKenzie said in addition to their livestock dying, farmers were also struggling to feed animals with their supply chains disrupted.

The smoke has also blown across the Tasman Sea into New Zealand, where skies are hazy and glaciers have turned a deep caramel brown.

The colour change may cause more melting since the glaciers will reflect less sunlight.

This week, at least 448 homes have been destroyed on the New South Wales southern coast and dozens were burned in Victoria.

Ten deaths have been confirmed in the two states this week, and Victoria authorities also say 28 people are missing.

The navy evacuated hundreds of people from Mallacoota, a coastal town in Victoria cut off for days by wildfires that forced as many as 4,000 residents and tourists to shelter on beaches.

Evacuees waiting to board the ship described smoke and embers flying everywhere when the fires were at their worst.

Choules commander Scott Houlihan said 963 people had signed up for evacuation by sea and more had been airlifted to safety.

In New South Wales, a state of emergency and a total fire ban were in place.

State Rural Fire Service deputy commissioner Rob Rogers urged people not to wait to leave, noting four people in the state died in their cars as they made late attempts to flee.

“We know people have got a little bit of fire fatigue. They’ve been dealing with this now for months,” Mr Rogers said.

“But we need people to stay focused. Tomorrow is not the day to drop your guard. Take it seriously. If you’re in those areas where we put those maps out, do not be there.”

Mr Rogers later told reporters than anyone who chose not to leave must take responsibility for their own safety.

“We are giving them information and being honest about the risk, but if people choose to stay that is on them,” he said.