Woolly mammoths were wiped out by a giant space rock… just like the dinosaurs, according to new research. Earth was hit by a comet less than 13,000 years ago… wiping out thousands of people and many large animals including the iconic Ice Age beast, say scientists. A fresh analysis of ancient animal carvings of birds, […] 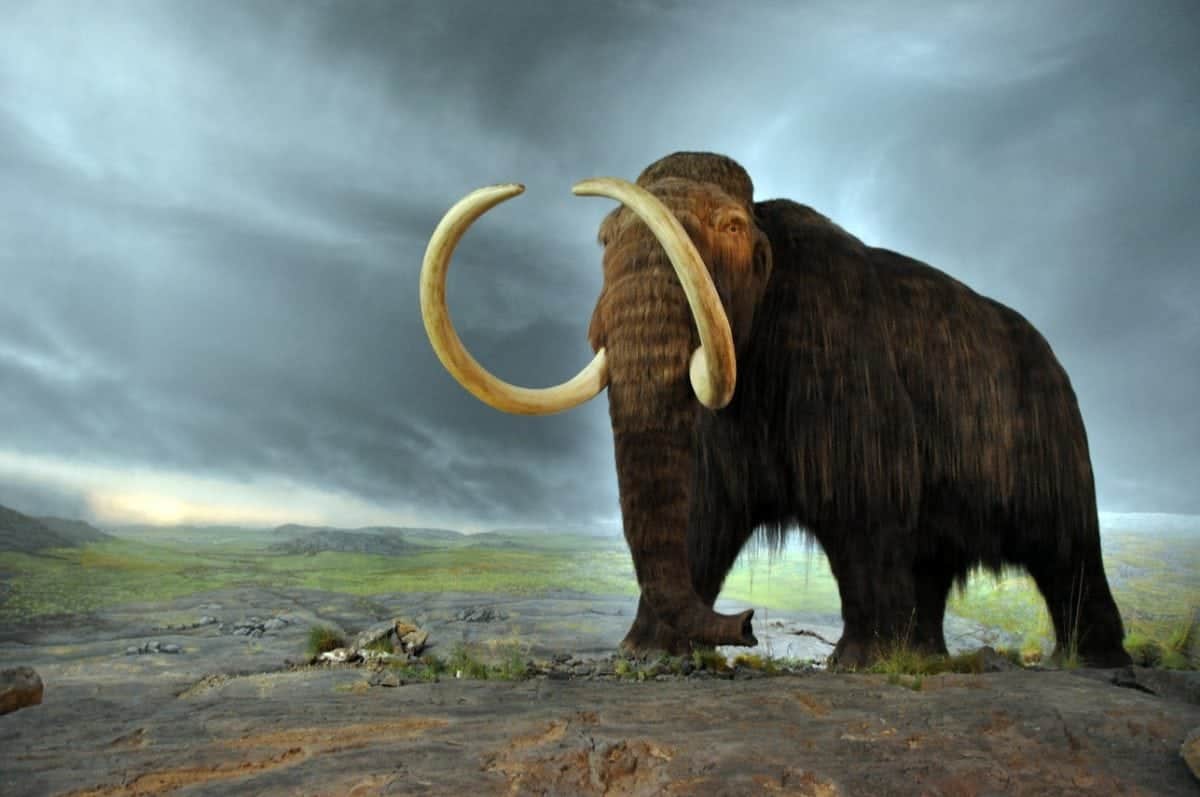 Woolly mammoths were wiped out by a giant space rock… just like the dinosaurs, according to new research.

Earth was hit by a comet less than 13,000 years ago… wiping out thousands of people and many large animals including the iconic Ice Age beast, say scientists.

A fresh analysis of ancient animal carvings of birds, scorpions and snakes has confirmed the devastating strike that was so bad it triggered a mini ice age that lasted a millennium.

The symbols were scratched onto stone pillars described as the ‘the world’s first pictogram ‘at Gobekli Tepe, southern Turkey.

This is one of the world’s most important archaeological sites.

They provide a ‘date stamp’, suggesting a swarm of comet fragments hit the planet around 11,000BC, ushering in a cold climate that lasted more than 1,000 years.

The finding by British scientists back controversial claims first made more than two decades ago by author Graham Hancock.

He suggested an ancient culture in Antarctica was obliterated around the same time. Now, new evidence shows the tell-tale carvings were of animals that had been made on a pillar known as the vulture stone.

By interpreting the beasts as astronomical symbols, and using software to match their positions to patterns of stars, engineers were able to date the event to 10,950BC.

This was around the time mammoths began dying out, apart from a few that survived on isolated Wrangel Island until 3,600 years ago.

Study leader Dr Martin Sweatman, of the University of Edinburgh, said the stone has been described as the ‘the world’s first pictogram’.

He said they include figures resembling a duck, goose or swan, a scorpion, a vulture or eagle, a crane or flamingo and a wriggling snake or fish with a large head.

he added: “Underneath the crane/flamingo and snake/fish we can see a rather squat bird-like shape.

“To the left of the scorpion and long-necked bird we can just make out the head and front legs of perhaps a dog or wolf.

“Lastly, at the bottom of the pillar is the outline of a small headless man, while on the right of the ‘downwards wriggling snake/fish’ are two abstract ‘H’ or ‘I’ symbols.”

He said it was not important to precisely identify the species of animals depicted, as the pillar has provided a ‘date stamp’ whatever they are meant to be. The dating from the carvings agrees well with timing derived from an ice core from Greenland, which pinpoints the impact to 10,890BC.

Scientists believe it resulted from the break up of a giant space rock in the inner solar system, which is known by astronomers as the ‘Younger Dryas’ event.

The carvings appear to have remained important to the people of Gobekli Tepe for millennia.

This suggests the event and cold climate that followed likely had a very serious effect.

The researchers think the images were intended as a record of the cataclysmic disaster.

A further carving showing a headless man is believed to be an indication there was an extensive loss of life – for people as well as animals.

Furthermore, symbolism on the pillars indicates the long term changes in Earth’s rotational axis was recorded at this time using an early form of writing.

This suggests Gobekli Tepe was an observatory for meteors and comets, according to the findings published in Mediterranean Archaeology and Archaeometry.

Dr Sweatman said: “It appears Gobekli Tepe was, among other things, an observatory for monitoring the night sky.

“One of its pillars seems to have served as a memorial to this devastating event – probably the worst day in history since the end of the ice age.” The find also supports a theory that Earth is likely to experience periods when comet strikes are more likely, owing to its orbit intersecting orbiting rings of comet fragments in space.

Dr Sweatman said: “We have interpreted much of the symbolism of Gobekli Tepe in terms of astronomical events.

“By matching low relief carvings on some of the pillars at Gobekli Tepe to star asterisms we find compelling evidence that the famous ‘Vulture Stone’ is a date stamp for 10950 BC, which corresponds closely to the proposed Younger Dryas event, estimated at 10890 BC.

“We also find evidence that a key function of Gobekli Tepe was to observe meteor showers and record cometary encounters.

“Indeed, the people of Gobekli Tepe appear to have had a special interest in the Taurid meteor stream, the same meteor stream that is proposed as responsible for the Younger Dryas event.”

When Hancock wrote Fingerprints of the Gods in 1995, it was derided by academics but became a commercial sensation.

Despite selling an estimated three million copies, a BBC Horizon programme sought to demolish his theory.

He argued the existence of the comet has been masked because it struck ice and did not leave a crater.