“Women are being murdered just for being women. All we wanted was a space to collectively grieve and express anger, but this was denied to us. Instead, police officers used physical force to police our emotions, silence us and shut down this important space. 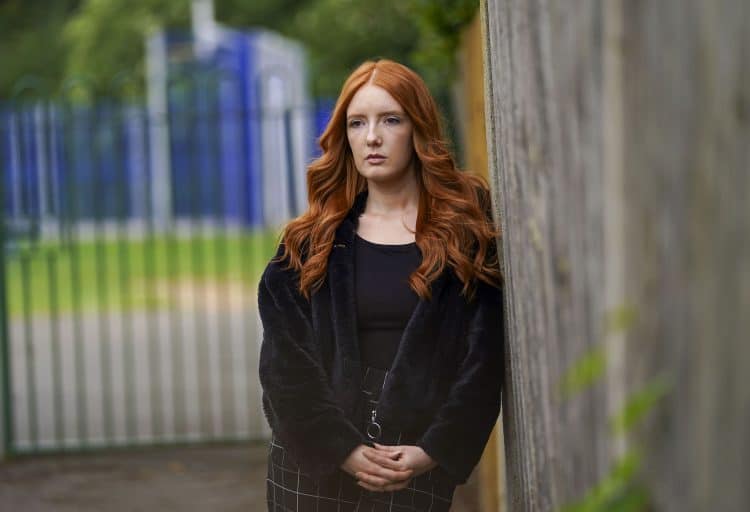 A woman who was arrested at the Clapham Common vigil for Sarah Everard is threatening to sue the Metropolitan Police over her treatment and is appealing for funds from the public.

Lawyers for Patsy Stevenson have sent a pre-action letter of claim to the force, threatening legal action over its policing of the vigil and its conduct towards her in March 2021.

Hundreds attended the vigil in south-west London to pay their respects to 33-year-old Ms Everard, who was murdered after disappearing while walking home.

But people turned up throughout the day, and officers did not intervene for the first six hours while many came to lay flowers, with the Duchess of Cambridge also paying her respects.

By the evening, hundreds of people had gathered and refused to leave when asked by police, leading to clashes that saw protesters bundled to the ground and arrested.

Images of Ms Stevenson being handcuffed and held down by two male officers sparked anger at Scotland Yard’s policing of the gathering.

An official report from the watchdog, Her Majesty’s Inspectorate of Constabulary and Fire and Rescue Services (HMICFRS), backed the Met’s handling of the event and found no evidence of heavy-handedness.

In a ruling by the High Court in March this year, two senior judges found the Met’s decisions in the run-up to the planned event were “not in accordance with the law” and breached the rights of the organisers.

Ms Stevenson, who is represented by Bindmans law firm, said she is “motivated by this landmark result” and “determined to see my case through to the end”.

The 29-year-old is seeking an apology, an admission of liability from the Met that her human rights were breached, damages for false imprisonment and assault during her arrest and for the £200 fixed penalty notice she paid to be withdrawn.

Ms Stevenson has launched a CrowdJustice page to raise £10,000 for her legal fees and any costs “if the police continue to defend the claim”.

She said: “Women are being murdered just for being women. All we wanted was a space to collectively grieve and express anger, but this was denied to us. Instead, police officers used physical force to police our emotions, silence us and shut down this important space.

“Part of the reason I want to bring this case is because I know there are others who do not feel able to – whether it is because of the lack of availability of funding, because they are scared, or to protect themselves against reliving the trauma.

“I really hope that this will give others some courage to stand up for what they believe in and know that no matter how big the fight, no matter what title the police have, regardless of the power imbalance, you can fight them, because if someone abuses their power, I believe they must be held accountable.”

The Metropolitan Police has been asked to reply to the letter, sent on Tuesday, by 4pm on Friday.

You can donate HERE