And also this week the government has admitted trying to alter Channel 4's annual report to make it more positive about privatisation. 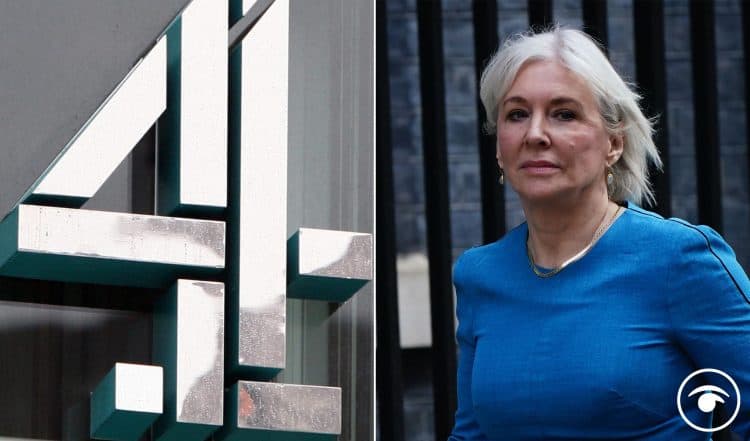 Channel 4 has said no evidence has been found to support Culture Secretary Nadine Dorries’ claim that its programme Tower Block Of Commons used paid actors, following an investigation and internal review.

During a Digital, Culture, Media and Sport Committee (DCMS) hearing in May, the Cabinet minister accused the 2010 reality show of allegedly hiring actors to play real people.

It comes as the government has admitted trying to alter Channel 4’s annual report to make it more positive about privatisation.

And who can forget her appearance at a select committee when she doesn’t seem to have a clue how Channel 4 operates.

She told the committee that, after featuring on the Channel 4 show – during which she stayed on a deprived estate in west London – she “discovered later they were actually actors”.

“And there’s a pharmacist or somebody that I went to see who prepared food, she was also a paid actress as well.”

Following the accusations, Channel 4 said it asked programme-maker Love Productions to carry out a thorough investigation into the concerns raised.

The broadcaster said it then reviewed the findings and conducted its own internal searches and review.

A statement from Channel 4 documenting its process and findings said: “At the DCMS Committee meeting on 19 May 2022, Secretary of State for Digital, Culture, Media and Sport Nadine Dorries MP alleged that contributors to the 2010 Channel 4 series Tower Block Of Commons, in which she appeared, were paid actors, in acting school and/or not living in the homes in which they were portrayed in the series as living.

“Channel 4 takes any allegations of misrepresentation extremely seriously and always rigorously investigates any such claims.

“In keeping with standard practice, Channel 4 asked Love Productions, who produced the programme, to conduct a thorough investigation into the concerns raised.

“The investigation, overseen by their external lawyers, encompassed contributors who were ordinary members of the public and with whom the Secretary of State had significant interaction.

“It involved speaking with many of those involved in the making of the series, including contributors and crew, and retrieving and reviewing relevant documentation and footage, including 85 hours of raw footage filmed for the series.

“Channel 4 then reviewed Love Productions’ findings and undertook its own internal document searches and review.

“Neither Love Productions’ investigation nor Channel 4’s internal inquiries revealed any evidence to support the allegations made about the programme.”

DCMS committee chairman Julian Knight said: “The committee has written to the Secretary of State on this matter and invited comments from her as a matter of urgency.

“Now that Channel 4 and Love Productions have concluded the investigation, we look forward to receiving the Secretary of State’s response, which we will then publish.”

It comes as Channel 4, which has been publicly owned since its creation in 1982, will be put up for sale after the Government announced the plans earlier this year.