"Tony Blair being awarded a knighthood while Julian Assange suffers a stroke in prison tells you everything you need to know about Britain." 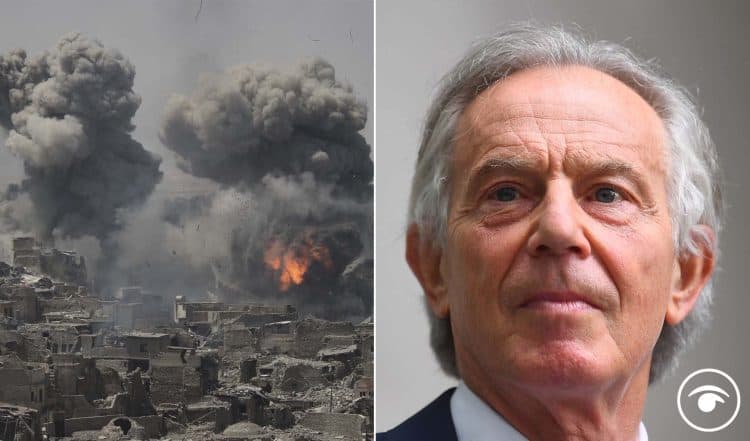 Commons Speaker Sir Lindsay Hoyle has called for all former prime ministers to be knighted with the highest possible ranking, just as Tony Blair was in the New Year’s Honours. But the Tony Blair appointment has not gone down well, at all.

Sir Tony was appointed as a Knight Companion of the Most Noble Order of the Garter, the oldest and most senior British Order of Chivalry, with the honour from the Queen regularly bestowed upon past prime ministers including most recently Sir John Major.

Sir Lindsay told BBC Radio 4’s Today programme, however, it should be given to all ex-PMs including David Cameron because it is “one of the toughest jobs in the world”.

Hoyle’s thoughts aside a petition demanding Tony Blair is denied a knighthood has broken the 350,000 barrier. People are signing it at a rate of one every two seconds.

There has been outrage at his knighthood, will many people calling it a ‘kick in the teeth’ to the people of Afghanistan and Iraq, as many only him partly responsible for the chaos that each country has faced since they were invaded.

Lindsey German, convenor of the Stop the War Coalition, said Sir Tony’s knighthood was a ‘kick in the teeth for the people of Iraq and Afghanistan’.

She told LBC radio: ‘I think it’s pretty incredible given that this year, we’ve seen the collapse of Afghanistan, which [was] Tony Blair’s first major war in the war on terror.

‘We have 8 million people on the edge of starvation in Afghanistan now. We have Iraq in a terrible state now, nearly 20 years after the invasion.

Ms German added that, while the award has become convention, she does not see ‘justification for it at any time’.

You can sign the petition here if you agree.

Related: Lindsay Hoyle says all ex-PMs should be knighted like Tony Blair