Margaret Thatcher had more than a soft spot for the TV nonce.She repeatedly pushed for him to be honoured with a knighthood despite advisors warning the country may 'live to regret it.' 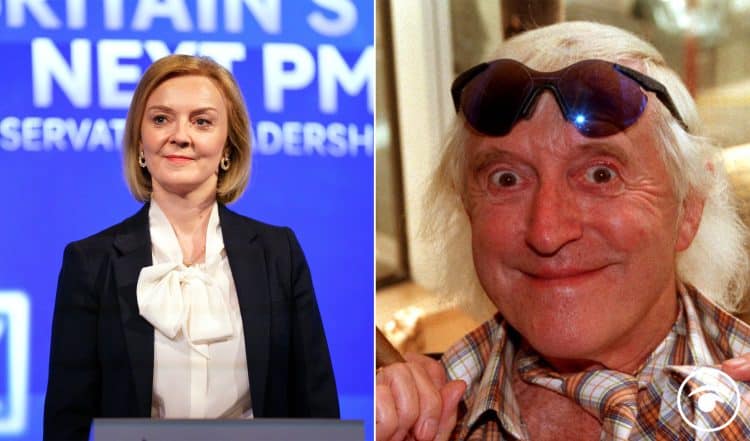 It is an open secret that Liz Truss is on a mission to morph into Margaret Thatcher.

However, in her youth she marched side-by-side with left-wingers to demand the ousting of Margaret Thatcher, she is now seen by supporters as the heir to the Iron Lady’s throne.

But Ms Truss also had an early “fascination” with Mrs Thatcher, saying that she was around eight when she agreed to play her during a mock school election. “I got no votes,” she conceded.

She might not admit it, but let’s be honest she is.

So what else do they have in common?

Well, seemingly a fondness for one of the sickest people in human history.

Margaret Thatcher had more than a soft spot for the TV nonce.

She repeatedly pushed for ‘eccentric great Briton’ Jimmy Savile to be honoured with a knighthood despite advisors warning the country may ‘live to regret it.’

She struck up a friendship with Savile during her Premiership in the 1980s, even inviting the disgraced broadcaster to spend Christmas at the official Chequers residence with her family.

Related: Liz Truss’ first tweet as she goes head-to-head with Sunak fell flat on her face