The prince faced criticism amid allegations he was given a suitcase full of 500 euro notes by a former Qatari prime minister. 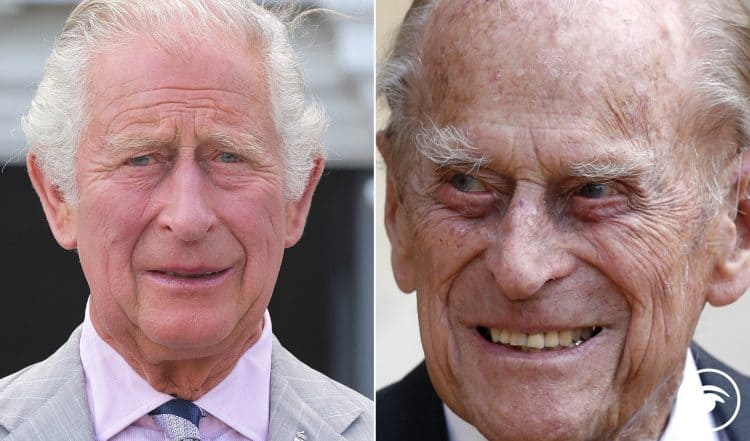 The Charity Commission has ruled out investigating a large cash donation to a charity of the Prince of Wales.

It comes as holding an entirely private hearing over whether the Duke of Edinburgh’s will should remain secret was the “most serious interference with open justice”, the Court of Appeal has been told.

The watchdog said it has looked at the information and has decided against intervening following allegations Charles was reportedly given three million euros by a former Qatari prime minister.

The heir to the throne faced criticism after being presented with the cash – said to include a suitcase full of 500 euro notes – from Sheikh Hamad bin Jassim between 2011 and 2015.

The Sunday Times said Charles personally accepted the donations for his charity the Prince of Wales’s Charitable Fund (PWCF) from Sheikh Hamad who was prime minister of Qatar between 2007 and 2013.

A royal source insisted last month that the future king operates on advice and such incidents have not happened in the past half decade and would not happen again.

A Charity Commission spokeswoman said on Wednesday: “We have assessed the information provided by the charity and have determined there is no further regulatory role for the Commission.”

Clarence House said the donations were “passed immediately” to one of the prince’s charities and that “appropriate governance” was carried out.

“Charitable donations received from Sheikh Hamad bin Jassim were passed immediately to one of the prince’s charities who carried out the appropriate governance and have assured us that all the correct processes were followed,” a statement said.

According to the Sunday Times, a donation of one million euros was handed over during one meeting at the prince’s residence, Clarence House.

The charity, which was founded in 1979 with a mission to transform lives and build sustainable communities, awards grants to UK registered non-profit organisations to deliver projects in the UK, the Commonwealth and overseas.

Holding an entirely private hearing over whether the Duke of Edinburgh’s will should remain secret was the “most serious interference with open justice”, the Court of Appeal has been told.

The Guardian newspaper is challenging a decision to exclude the press from a hearing in July 2021.

Philip, the nation’s longest-serving consort, died aged 99 on April 9 last year, two months before he would have turned 100.

After the death of a senior member of the royal family, it has been convention for more than a century that an application to seal their will is made to the president of the Family Division of the High Court.

This means the wills of senior members of the royal family are not open to public inspection in the way a will would ordinarily be.

At last year’s hearing, the current president of the Family Division, Sir Andrew McFarlane, heard legal argument from lawyers representing Philip’s estate and the Attorney General, who represents the public interest in such matters.

In written argument, Caoilfhionn Gallagher QC, for Guardian News and Media, said: “An entirely private hearing such as this is the most serious interference with open justice. It is an exceptional step that requires exceptional justification.

“In this case, (Sir Andrew) decided to take such an exceptional step without even inviting or permitting members of the media to make submissions about whether such a procedure was fair or justified.”

She said an “obvious alternative” to a wholly private hearing could have been allowing accredited journalists to attend, subject to restrictions on what could be reported, as happens in family court hearings.

Addressing three senior judges at Wednesday’s hearing, Ms Gallagher said that, if successful in its challenge, it is possible The Guardian and other media organisations would want to make submissions and see some documents.

“At a minimum, Guardian News and Media should be entitled to be present and to observe,” she said.

The lawyer said it is likely The Guardian would wish to “make submissions in a third party intervenor role” addressing the principle of open justice and the public interest.

She said: “We also anticipate that it’s likely that there may be others who would wish to play a similar role, some may be content with observing only, some may wish to also make submissions.

“It doesn’t necessarily follow to make submissions on those points, The Guardian – or indeed anyone else in a third party intervenor role – would need to see all the documents.

“As happens in other proceedings, they may need to see only certain documents which enable them to address those issues.”

She said it is well established in common law that the media serves as “a watchdog” in court proceedings and as “both the eyes and ears of the wider public”.

Of the Attorney General’s role in the private hearing, she said the holder of the post has “no greater authority to address the court on the public interest of media attendance at court hearings than the media itself”.

But lawyers for the Attorney General said: “The attorney is uniquely well placed to assist the court because she can represent the general public interest free from any non-public interest influences.”

They argued the context of the situation was “exceptional because of the nature of the application” and that, quoting Sir Andrew, the practice of sealing royal wills had become a “convention that has now been in place for over a century”.

In their written submissions the lawyers said Sir Andrew “committed no legal error” and “applied the correct principled approach to the issues”.

They said The Guardian must show that the judge’s conclusions were “wrong” and doing so would be a “difficult hurdle”.

In a ruling in October, Sir Andrew ordered that Philip’s will was to remain sealed for 90 years and may only be opened in private even after that.

He said the ruling was published to make as much detail as possible public without “compromising the conventional privacy afforded to communications from the sovereign”.

The judge said it was in the public interest for him to make clear he had neither seen, nor been told anything of the contents of, Philip’s will, other than the date of its execution and the identity of the appointed executor.

Sir Andrew said any future judgments on applications to seal royal wills would remain closed, and therefore will not be made public.

The appeal hearing is due to conclude on Thursday and the judges are expected to give their ruling at a later date.