"Such a random coincidence that a Royal Navy ship would (again) have a skirmish at sea just before a by-election." 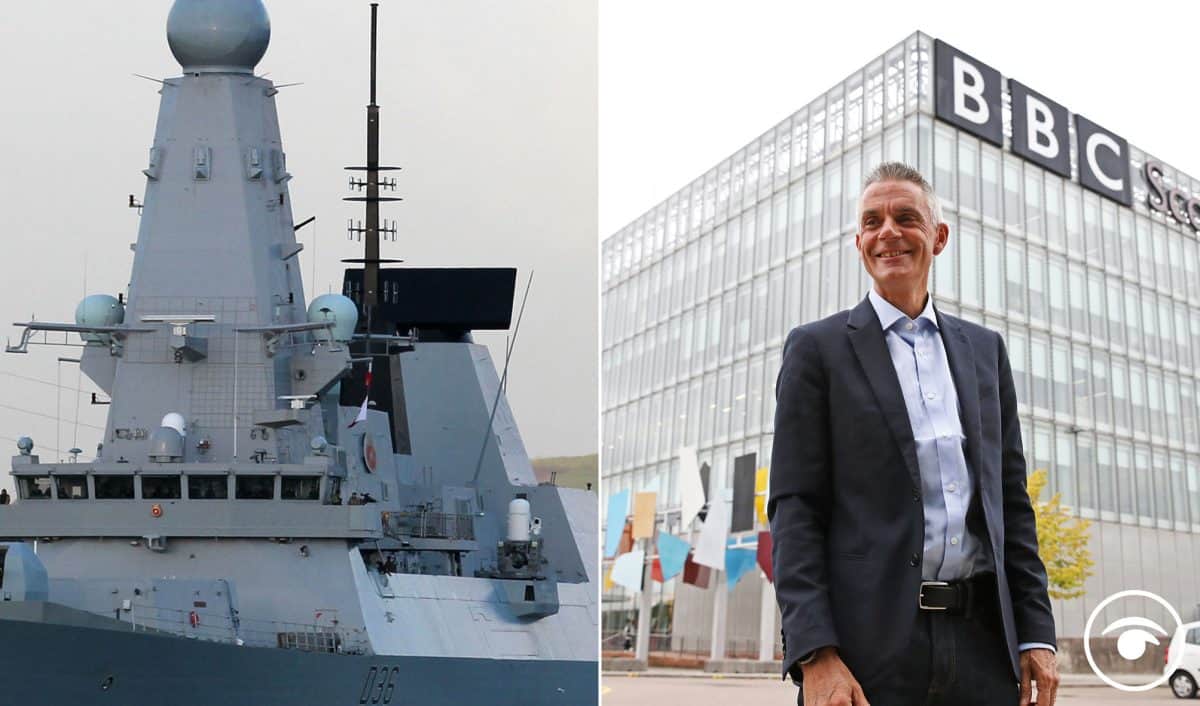 Britain has accused Russia of “disinformation” after Moscow claimed its forces fired warning shots at a Royal Navy warship in waters off Crimea.

The Ministry of Defence (MoD) denied shots were fired by a Russian patrol boat towards HMS Defender and that a warplane dropped four high explosive fragmentation bombs in its path during its passage through the Black Sea.

The British ambassador Deborah Bronnert was later summoned to the Ministry of Foreign Affairs in Moscow after Russia accused the Type 45 destroyer of straying into its territorial waters.

But appearing before the Commons Defence Committee, Defence Secretary Ben Wallace insisted the ship had stuck throughout to an internationally recognised “traffic separation route”.

He acknowledged it had been “shadowed” by Russian forces during its transit from Odessa in southern Ukraine towards Georgia but played down the incident saying it was “routine” practice.

However, a BBC reporter aboard the HMS Defender said at times there had been 20 Russian warplanes monitoring its progress and that the sound of gunfire had been heard, although it was believed to be out of range.

Defence correspondent Jonathan Beale said throughout its passage the crew had been on high alert, at one point donning their “white flash” protective equipment in case there was an exchange of fire.

He said a Russian coastguard vessel had attempted to make it change course but it stayed with the recognised shipping lane and that even after it was past Crimea, Russian jets continued “buzzing” it.

But it wasn’t just the BBC on board it was also the Daily Mail, their front page this morning screamed ‘Exclsuive – Dramatic dispatch from on board HMS Defender.

Russian disinformation or the Mail and BBc, do you trust any of them?

What a stroke of luck to have Daily Mail and BBC journalists on-board a Royal Navy Frigate with broadcast camera equipment when it was sailing past Crimea in very "not provocative" manner.

What are the odds.

So just how did a Daily Mail reporter and a BBC reporter happen to be on board at the time? Something not right about this.

Such a random coincidence that a Royal Navy ship would (again) have a skirmish at sea just before a by-election, and what a stroke of luck that there happened to be journalists from both the BBC and the Daily Mail on board, which seems entirely normal.

And categorically, absolutely without shadow of doubt, proves, beyond all measure, with no room for questioning, the current UK government is not, at all, not a penny, nor a pound, sponsored by Russian money. No sir. Not at all, we've even got a not propaganda song too so sing it

A couple of questions…
How many Royal Navy vessels are at sea?
How many have BBC crews & Daily Mail journalists on board?
How many enjoyed a pre-notified fly-by, & blank round firework display from Russian forces on the 5th Birthday of Brexit?
How close are we to a by-election? pic.twitter.com/eFWzGrkd2R

NickRobinson hits the spot: with a BBC & Daily Mail reporter conveniently on board HMS Defender, the exchange with Russia was a set up. #Today @bbcnickrobinson