"Are we all a nation of NIMBYS?" 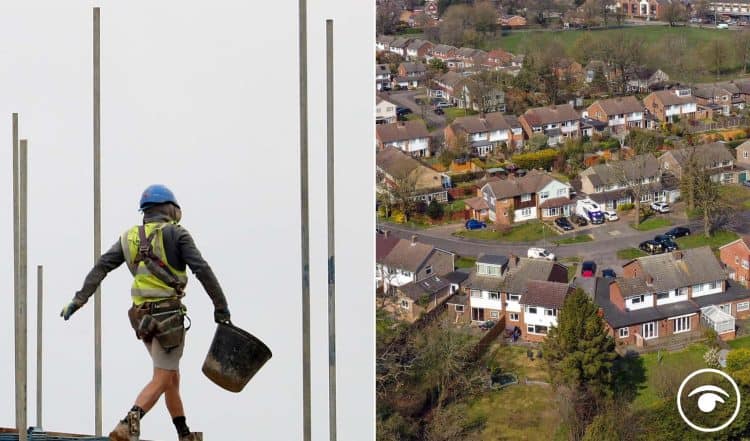 Barriers to housebuilding must be removed urgently as too many people are living in expensive, unsuitable and poor quality properties, according to a House of Lords committee, back in January.

Uncertainty and delays to planning reforms have had a “chilling effect” on housebuilding and created uncertainty for housebuilders and planners, it argued.

It also called for the role of small and medium-sized businesses (SMEs) to be boosted to help meet housing demand.

The committee’s report said: “The challenges facing the housing market have been well documented: too many people are living in expensive, unsuitable, poor quality homes.

“To address these complex challenges in the long term, it is necessary to increase housing supply now.”

So we all admit there is a houisng crisis, but what do we do about it? Well a Redditor posed the quesiton: “British public: WE NEED NEW HOUSES! But don’t build it here, or there, or there!”

Hundreds of comments quickly appeared on the thread discussing the issues.

Are we all a nation of NIMBYS?

Well, have a read of these comments and see what you think?!

Does this happen all around the UK?

Yes, yes it does.

However, you do also get proposed developments in stupid places. Some fields near me, that are regularly flooded/waterlogged, have a plan to put in 10,000 houses on them

I’m happy for new houses being built near us it’s desperately needed, the problem I have is their not building any additional amenities to go with it, no new schools, no new clinics (the one we have is already overloaded), small roads not upgraded etc.. there should be a limit to the number of houses built before additional infrastructure is required.

We are having a shit tonne of new houses being built, and to offset this – I shit you not – they have built a bowling green

I wish they followed the same layout as American suburbs/general building… on a grid system instead of ridiculous winding roads, some that are tiny with no parking. Or, even just wide cul de sac type roads

My company build alot of schools, we built a school on a site that took 10 years to complete (was a very big housing site) a Dad came up to me and asked when it was opening… told him August next year…. said he’d moved here 10 years ago to send his toddlers to the school as they’d said it would be built in a few years… they were now in secondary school.

I agree with this 100% but apparently not everyone does. There’s a new development being built near me that also includes a new school, doctors, and large supermarket and still the NIMBY,s are complaining.

There is not enough infrastructure for more housing. Add to that I live in one of the poorest areas in the country and the last set of houses completed were supposed to be “affordable”. Cheapest one was 500k.

Happening everywhere, but they all seem to have the same fundamental problems.

One other thing that really annoys me is they don’t build any ginnels or shortcuts to make your journeys quicker if you’re on foot either, sometimes having to do a full loop of an estate to get to 1 house.

Lack of flats? My town has been demolishing hotels and houses and only building new flat blocks. The houses are way out of town in other areas.

I swear, if I see one more “affordable housing” sign on a new development I’m going to cry. Affordable housing to me means you can buy it as a first time buyer on an average salary.

There was a new development some friends of mine looked at in the Ealing area. Apparently all of the furniture was basically 3/4 size to make it look and feel spacious but as soon as you start to put real furniture in it all goes to shit.

And don’t get me started on building on what once was ‘green belt’ instead of the brownfield sites sitting empty on the edge of every major population hub.

Exactly this. My small village (on a train line to Leeds, so I accepted it would be growing) has doubled in size in the last 10 years with 5 separate new developments that have all miraculously squeezed under the level where they have to actually contribute to the village.

A village that borders my town was voted village of the year a 2007 (or something like that don’t quote me, but i see the signs still) and has 127 properties…. nice little village.

Guess who bought the farmers field and has built 1400 houses, with 800 more on the way….

The only thing getting built are soulless estates of the same shitty box houses, 3 miles from the nearest shop and with absolutely no public amenities whatsoever

Its beyond ridiculous so when a Housing Developer comes along and wants to build a few thousand houses on green fields then of course people are going to complain.

I’ve never understood why people are so puzzled when there are complaints about developments. They’re often built on an area which was proving some kind of pleasure to the existing inhabitants, maybe just a view, maybe it was where everyone walks their dogs, something.

I saw a protest going on the other day because they were building houses in a village area. This place only had like 50 houses and was just large empty fields. Even these places people try to stop them.