Britain looks "like a laughing stock" because it has not responded to "the threat of economic crime", Lord Faulks said. 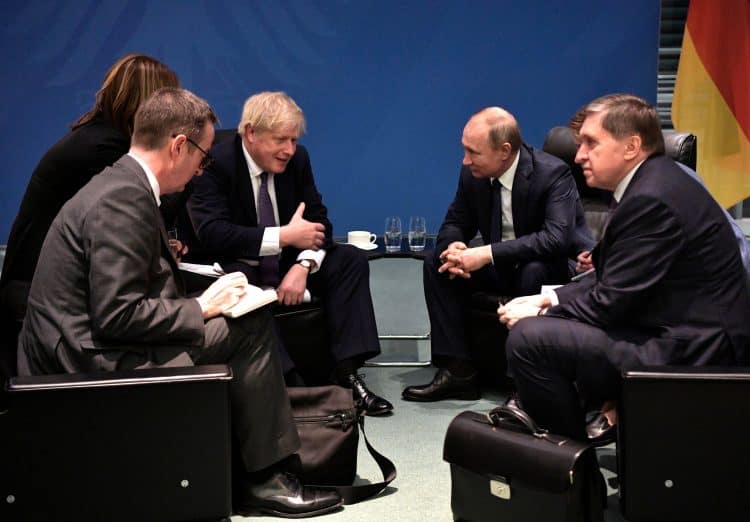 A former Tory minister has claimed that Downing Street “leant on him” when he tried to clamp down on money laundering in London during Theresa May’s premiership.

Lord Faulks tabled amendments to introduce a public register of overseas property owners into the criminal finance bill in 2017 – and then again into a government bill on money laundering in 2018.

Speaking to the Guardian, Faulks – a barrister and now an independent peer – said he was phoned by No 10 during May’s tenure and told to attend a cross-departmental Whitehall meeting.

Officials subsequently told him to drop the amendments, for which he had a voting majority in the Lords, because the issues was reportedly in hand.

He said: “I was obviously misled because nothing has subsequently happened. I can only think a deluded desire to protect the City of London has led to all these delays.

“It is a real irony that our reputation for protecting the rule of law is one of the things that attracts people who have very little regard for the rule of law themselves and come from countries which ignore it almost altogether.

“Quite frankly, I was leant on. I was leant on by No 10 Downing Street and summoned to a meeting of officials from all sorts of different departments, who told me it was very unfortunate that I was going to do this because the matter was in hand.”

Faulks said he was assured by the Foreign Office in May 2018 that legislation on a property register would be passed in 2019, in time for it to be in working order by early 2021. He was then asked to chair a joint committee of both Commons and Lords to scrutinise the government’s draft overseas entities bill.

His committee reported in May 2019 – and he was assured by ministers that they understood the need to act swiftly.

But, Faulks told the newspaper,  “over a period of five years successive ministers have offered me emollient promises that the issue was in hand. What has happened? Absolutely nothing.

“In the meantime, frankly, we look like a laughing stock. We are not responding to the threat of economic crime. Instead, we are giving away golden visas and the rest of the world must think we simply do not care”.

It comes as Boris Johnson will chair a meeting of the Cobra emergency committee to consider the latest developments in the Ukraine crisis as hopes rise that diplomacy may still avert war.

The prime minister held talks with US President Joe Biden on Monday where they agreed a “crucial window for diplomacy” remained open, while Russian President Vladimir Putin and his foreign policy chief Sergei Lavrov have also agreed to continue down the path of negotiations.

A Downing Street source said there was “some hope” that diplomacy could work and Russia could step back.

Russia’s defence ministry said some of its troops in the regions bordering Ukraine were returning to base following the completion of military exercises.

But Foreign Secretary Liz Truss stressed the threat of an invasion remained as she confirmed some British embassy staff had moved out of the capital Kyiv to Lviv in western Ukraine, further away from the troops massing on the Russian side of the border.