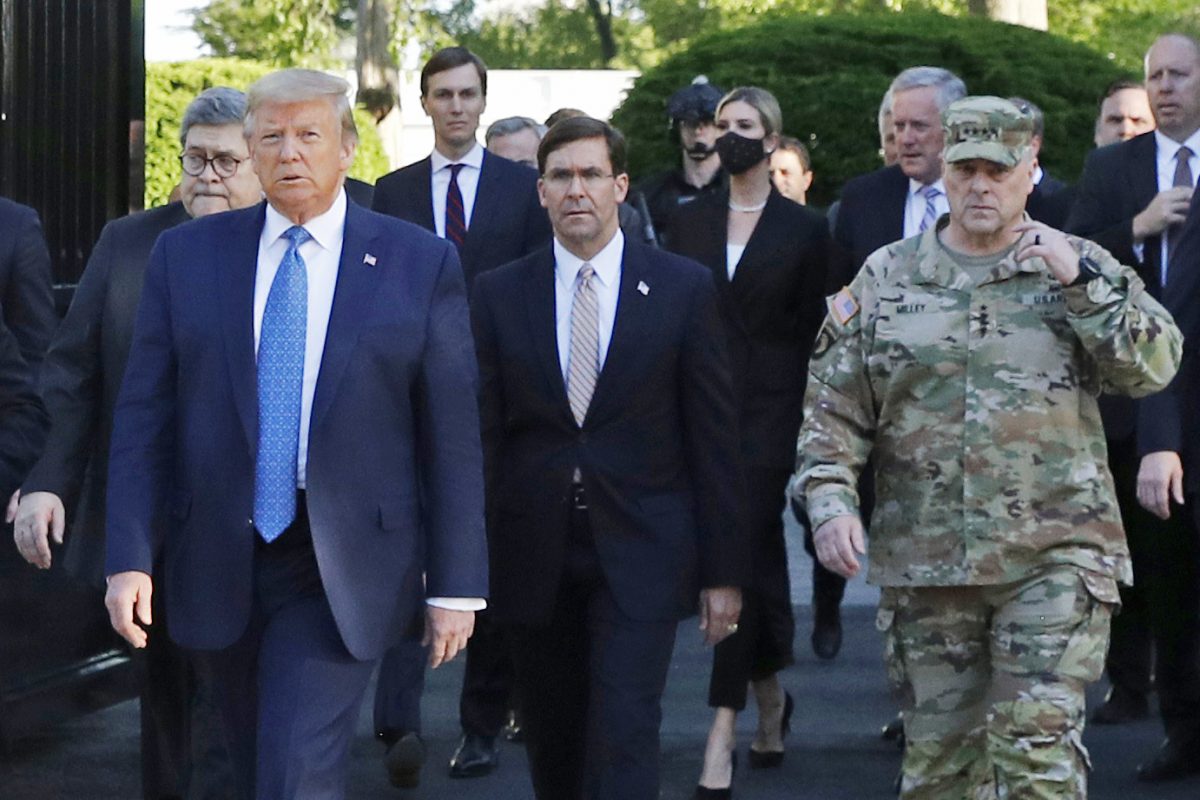 FILE - In this June 1, 2020 file photo, President Donald Trump departs the White House to visit outside St. John's Church, in Washington. Part of the church was set on fire during protests on Sunday night. Walking behind Trump from left are, Attorney General William Barr, Secretary of Defense Mark Esper and Gen. Mark Milley, chairman of the Joint Chiefs of Staff. Milley says his presence “created a perception of the military involved in domestic politics.” He called it “a mistake” that he has learned from. (AP Photo/Patrick Semansky)

President Donald Trump has instigated sweeping changes at the Pentagon, replacing senior officials with loyalists and ideologues in the wake of his election defeat.

Having fired Defence Secretary Mark Esper on Twitter after Joe Biden was declared victorious, Trump named a mid-ranking official – Christopher Miller – has his replacement, and elevated others from his White House operation to key roles.

The president is still yet to concede the election to Biden, stymying the president-elect’s attempts to pursue a formal transition process – meaning he has been blocked from the usual intelligence briefings by America’s spy agencies.

But, in a dramatic intervention this week, General Mark Milley – Chairman of the Joint Chiefs of Staff – made it clear that the military’s allegiance is not to the president, but to the constitution.

“No, we do not take an oath to a country, a tribe or religion. We take an oath to the Constitution. And every soldier that is represented in this museum, every sailor, airman, Marine, Coast Guardsman, each of us will protect and defend that document, regardless of personal price.”

Milley often makes remarks stressing the military’s commitment to the constitution, but the fact he chose to do so in his first public remarks since Trump’s purge of the Pentagon’s senior civilian leadership was seen as harsh rebuke of Trump.

Related: Trump is plotting a coup: Will he succeed?