The outgoing President is packing the Pentagon with loyalists who, when the time comes, could prevent the Secret Service from removing him. 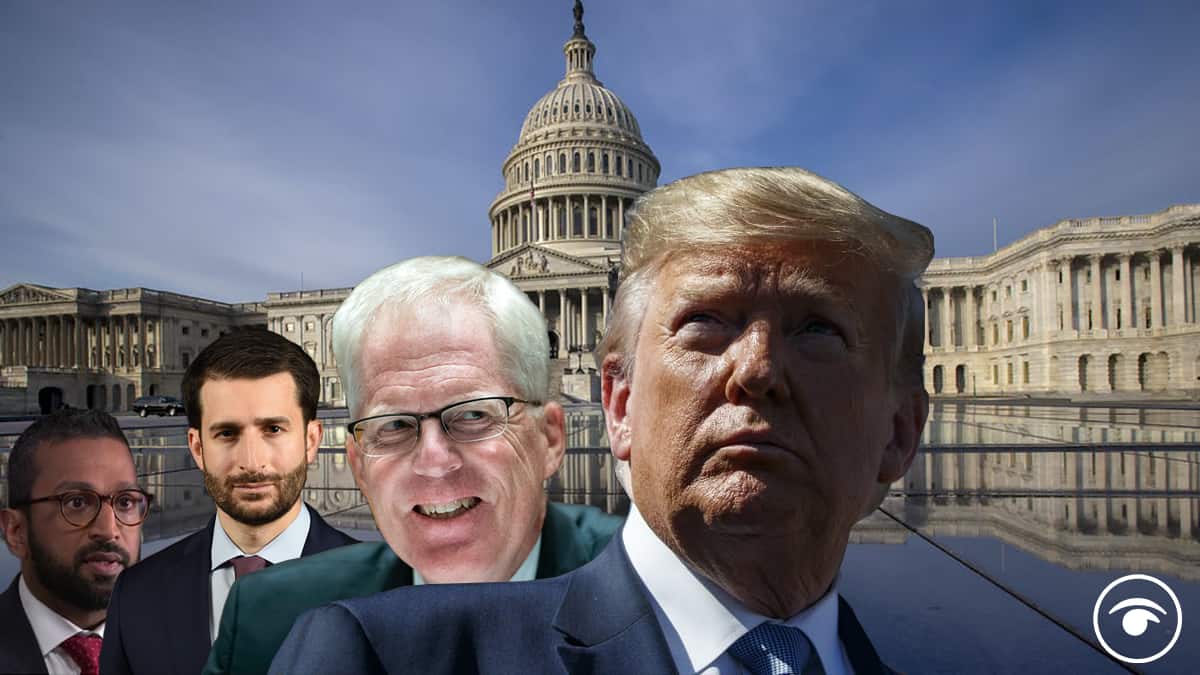 Donald Trump is not only refusing to concede the election, he is making moves to surround himself with military loyalists, in what many fear is the start of a hostile takeover. Let’s look at how it all unfolded.

Trump has long displayed totalitarian characteristics. In February 2016, candidate Trump tweeted a famous quote attributed to Mussolini: “It is better to live one day as a lion than 100 years as a sheep.” Trump encouraged his rally crowds to “knock the crap” out of hecklers, before telling the American public that he welcomes torture on a scale “a hell of a lot worse than waterboarding.”

Gone were the usual Republican dogwhistles. Trump was outright racist and xenophobic: slandering Mexican immigrants as drug-lords and rapists, banning Muslims from several countries from entering the US, separating immigrant and asylum-seeking children from their parents. For two days in August 2017, a Unite the Right rally was held in Charlottesville, Virginia. It was attended by Nazis chanting “Jews will not replace us” and countered by anti-fascists. A young anti-fascist, Heather Heyer, was run over and killed by the white supremacist, James Fields. Trump told reporters that there were “very fine people, on both sides.”

Trump’s racism empowered far-right terrorists in the US. In May this year, Trump tried to designate the anti-fascist, anarchist movement, Antifa, a terrorist organisation. The Regional Organized Crime Information Center of the US Department of Homeland Security (DHS) shared Trump’s view. Secret documents reveal DHS thinks of Antifa and related groups as domestic terrorists. Under Trump, the majority of terror attacks in the US now come from far-right and white supremacist groups.

In the US, militias are legal entities that have a right to bear arms. Some are community-defence organisations, like the Puget Sound John Brown Gun Club, named after the abolitionist. These groups seek to repel fascists. Other, more right-leaning militias are not necessarily racist but have a tendency to attract racists. Some admittedly far-right gangs and militias, like the Proud Boys, Boogaloo Bois, and III Percenters, express a range of chauvinistic and bigoted views inspired by Trump. During his first debate with former Vice President Biden, Trump told the Proud Boys: “Stand back and stand by.”

Many took Trump’s comment as an order to wait for further instructions. In October, it was revealed that the private firm Atlas Aegis, staffed mainly by Special Operations veterans of the US Armed Forces, were hired to guard polling stations in Minnesota. A leaked FBI Dallas Field Office report judged that tensions will continue “up to the January 2021 inauguration with the presidential elections acting as a potential flashpoint.” The Boogaloo Bois and other groups “will expand influence … due to the presence of existing anti-government or anti-authority violent extremists.”

An FBI informant recently uncovered a plot by six men linked to a militia called the Wolverine Watchmen, to kidnap the Governor of Michigan, Gretchen Whitmer. The men were reportedly empowered by Trump’s anti-Whitmer rhetoric (“lock her up!”). After the plot was exposed, Trump said: “Maybe it was a problem, maybe it wasn’t.”

In the past, candidates who had likely been cheated out of their Presidential victories—from Richard Nixon in 1960 to Al Gore in 2000—conceded for the sake of domestic harmony. Today, Trump and his lawyers are brushing tradition aside.

In August, citing Trump’s repeated refusal to concede and commit to a peaceful transition, should he lose, two retired Army personnel, Officer John Nagl and Lt. Col. Paul Yingling, wrote to the Joint Chiefs of Staff General, Mark Milley, stating: “The president … is actively subverting our electoral system, threatening to remain in office in defiance of our Constitution.” They reminded Milley of his duty to remove Trump by force if necessary. Former White House Communications Director, Anthony Scaramucci, told the media that the Secret Service, a civilian agency, will remove Trump if necessary.

Trump appears to be pre-empting the move.

On the evening of 4th November, as the ballots were still being counted, Trump made an extraordinary statement alleging widespread voter fraud, stating: “We won’t stand for it!” The next day, Trump issued an update, claiming: “As everyone now recognizes, media polling was election interference, in the truest sense of that word, by powerful special interests.” Former New York Mayor and Trump supporter, Rudy Giuliani, attempted to lend credibility to these claims by presenting alleged witnesses to fraud and announcing the Republicans’ intention to file lawsuits.

As media declared Biden the winner before the votes were verified, as is customary, the Democrats were met with silence from Republicans, who normally congratulate the President-elect. Republican Senator, Ted Cruz, appeared on the traditionally pro-Trump (now largely anti-Trump) Fox News to back Trump’s refusal to transition. The turning point came on November 9th, when Senate Majority Leader, Mitch McConnell, told Congress: “President Trump is 100 per cent within his rights to look into allegations of irregularities and weigh his legal options.” On the same day, Attorney General William Barr authorised investigations into irregularities.

Mike Pompeo is the former Director of the CIA, who once told an audience: “We lied, we cheated, we stole. We had entire training courses.” Pompeo has interfered in British politics, telling an audience in New York that the US would not permit a Jeremy Corbyn government and, in May last year, leaning on the government to drop Huawei from the proposed 5G network. On November 10th, Pompeo told journalists: “there will be a smooth transition to our second Trump administration.”

Packing the Pentagon with loyalists

Around that time, Trump—who supposedly has just three months left in office—was busy sacking the “disloyal” Defense Secretary, Mark Esper, whose expertise included aerial combat. Esper’s replacement, Officer Christopher Miller, has a far more militant, on-the-ground background. His experience includes “Information Operations, unconventional warfare, irregular warfare, direct action, [and] special reconnaissance,” which is concerning given that the US may be on the brink of internal conflict.

After the Acting Under Secretary of Defense for Policy, James Anderson, resigned denouncing Trump’s cronyism, Brig. Gen. Anthony Tata took his place. Like Miller and unlike Anderson, Tata has experience in special operations, which usually involved denying democracy in foreign lands, including: “Operation Uphold Democracy to support Haitian stability, Operation Joint Endeavor in Bosnia and Croatia, Operation Jungle Warrior in Panama, Operation Joint Guardian in Kosovo, and Operation Enduring Freedom in Afghanistan.” Tata had previously claimed that former CIA Director John Brennan had plotted Trump’s assassination. Trump had previously halted Tata’s nomination for the top job of Secretary of Defense because he feared that it would not be approved by Congress.

Commenting on the recent events, former President Bill Clinton’s Secretary of Defense, William Cohen, said of Team Trump: “the way they are conducting themselves is more akin to a dictatorship than a democracy.” Adam Smith, Chair of the House Armed Services committee, says: “It is hard to overstate just how dangerous high-level turnover at the Department of Defense is during a period of presidential transition.” An unnamed official currently working in the Pentagon said: “This is scary, it’s very unsettling … These are dictator moves.”

If Trump’s moves are not just tantrums preceding concession to Biden, the US could be in serious trouble, as top-level military officials with psychological warfare experience protect a President bolstered by far-right militias. Let’s hope Team Trump doesn’t succeed…

Related: Pfizer’s fizz will wear off but a hard Brexit will leave the economy flaccid