Not one to miss an opportunity to wave the saltire and celebrate a Scottish success story, Nicola Sturgeon - the first minister - quickly joined in the party on Twitter. 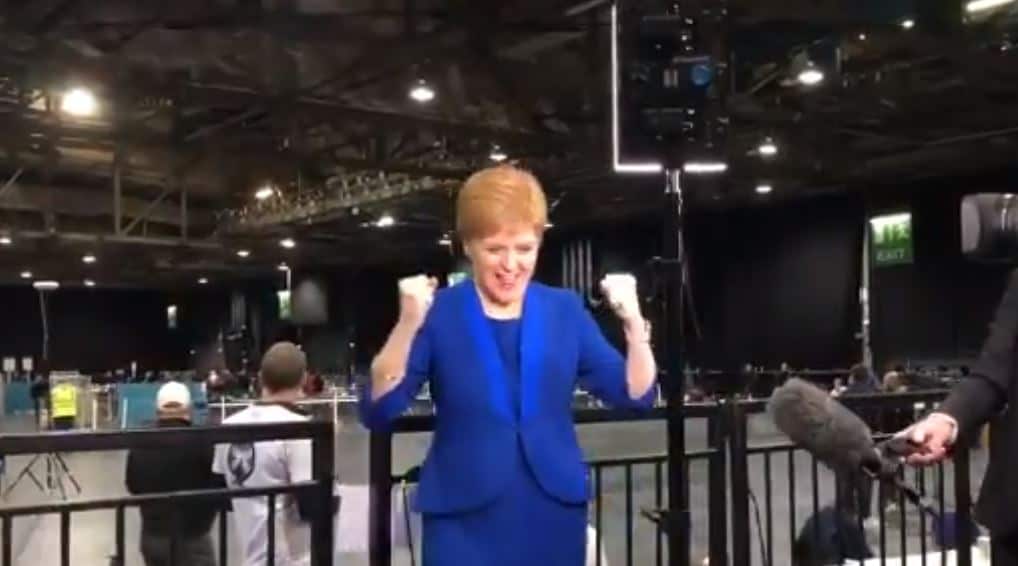 Scotland ended a 22-year wait to qualify for a major men’s football tournament on Thursday night, beating Serbia on penalties to take their spot in next summer’s European Championship.

If social media is anything to go by, the team celebrated long into the night – blasting out Baccara’s disco classic ‘Yes Sir, I Can Boogie’ and Neil Diamond staple ‘Sweet Caroline’ and painting their coronavirus-secure Belgrade bubble tartan.

Not one to miss an opportunity to wave the saltire and celebrate a Scottish success story, Nicola Sturgeon – the first minister – quickly joined in the party on Twitter.

Having urged her followers to take some “deep breaths” as the game went to penalties, Sturgeon hailed Scotland’s landmark victory by posting a GIF of her celebrating the SNP’s unseating of Jo Swinson, the former Liberal Democrat leader, in last December’s general election.

While many – including Channel 4 broadcaster Jon Snow (“Such passion! One wishes one was Scottish!”) – were all in on Sturgeon’s passion, others were less enthused that the first minister had weaponised the defeat of another politician.

Back in December, Nigel Farage described Sturgeon’s response to Swinson’s loss as “graceless and nasty”, while Lib Dem MP Layla Moran said it was “so unacceptably ungracious”.

Here are some of the more sober, angry and salty reactions.

Lest we forget, Sturgeon was not the only prominent female politician celebrating Swinson’s defeat in December…