"The Met is not free of discrimination, racism or bias. I have always acknowledged that and do now again." 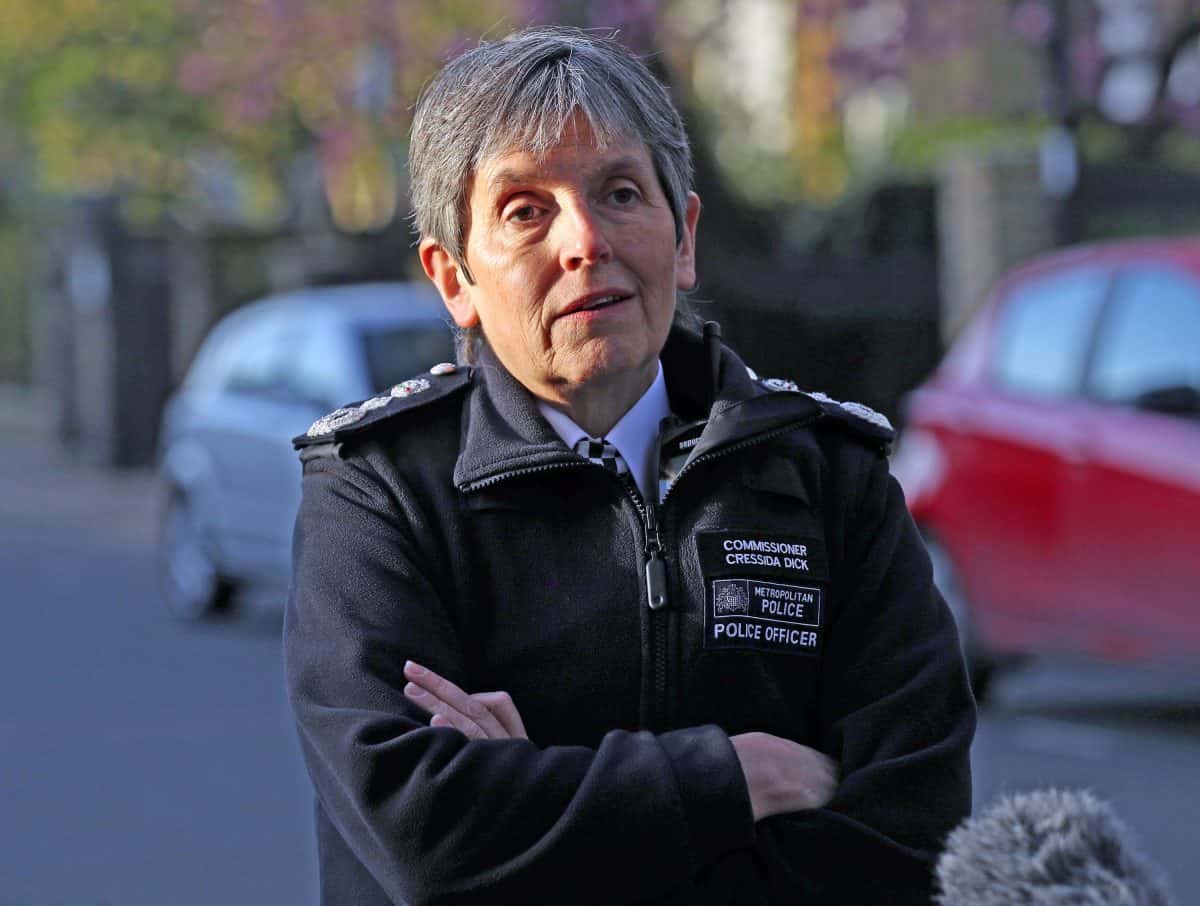 The head of the Metropolitan Police has admitted that the force “is not free of discrimination, racism or bias” – and said she feels “very sorry” that trust among black communities is so low.

Dame Cressida Dick, the Met Commissioner, issued a statement as the force outlined plans for 40% of new recruits to be from black, Asian and minority ethnic backgrounds from 2022.

It comes as London Mayor Sadiq Khan published an action plan to address concerns over the use of police powers affecting black Londoners, including stop and search and the use of Taser.

He has called for an immediate review of police road traffic stops in the capital and has asked the Met to launch a year-long pilot scheme looking at samples to identify any disproportionality relating to ethnicity.

‘Trust is still too low’

Mr Khan’s plan also aims to ensure officers are not relying on the smell of cannabis alone when deciding to stop and search a person, with such incidents subjected to “London-wide scrutiny panels”.

The Met said the force is working with Mr Khan on his plan and have immediately re-introduced the London residency requirement for most officers joining the force.

Dame Cressida said: “I recognise trust in the Met is still too low in some black communities, as is their trust in many other institutions.

“I feel very sorry about that. It is something I have worked to change and I commit now to stepping up that work further.

“My top two operational priorities are reducing violence and increasing public confidence in the Met, particularly the confidence of black, Asian and minority ethnic communities.

“Actions are more important than words and, as I have said before, we can do more and we will. The Met is not free of discrimination, racism or bias. I have always acknowledged that and do now again.

“In the Met we have zero tolerance of racism.  My job is to continue to try to eliminate any such racism and discrimination, however it appears.”

Black Lives Matter protests swept the capital following the death of George Floyd in the US on May 25.

The Met faced controversy and accusations of racial profiling following a series of incidents filmed and shared online, including the vehicle stop of Team GB athlete Bianca Williams and her Portuguese sprinter boyfriend Ricardo Dos Santos.

Five officers are being investigated for misconduct after they were pulled over while travelling with their baby in west London in July.

“I recognise and regret the pain and anguish felt by many in our black communities,” she said. “Some people have a strong sense of injustice and unfairness – for some that is historic and for some that is today.

“Let me assure you, we in the Met are listening and want to work with our black communities to accelerate change.”

Related: ‘We do not take an oath to a tyrant’: Top US general rebukes Trump