“For years people have seen executives and investors handsomely rewarded while the environment pays the price." 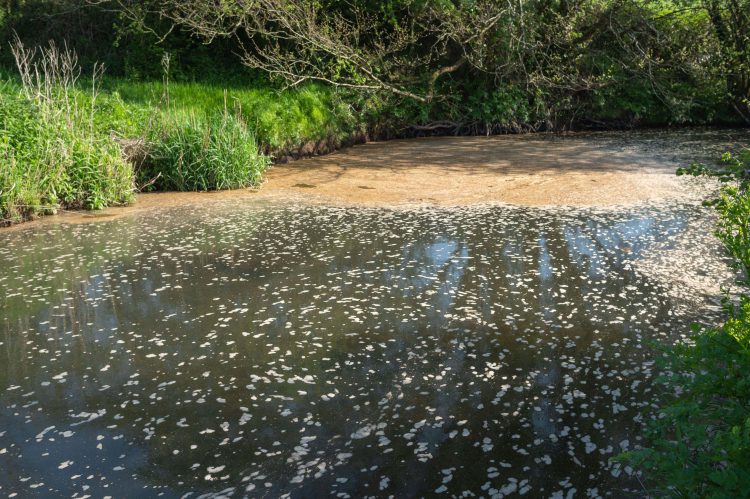 Water company bosses should face jail for the worst pollution incidents, the Environment Agency has said as it detailed the sector’s “shocking” performance in 2021.

The agency’s annual environmental performance report for water companies said it was the “worst we have seen for years”, as serious pollution incidents increased to 62 in 2021, the highest total since 2013.

There were eight of the very worst, category one, incidents, compared to three in 2020.

While total pollution incidents were down slightly to 1,883, there has not been any trend towards improvement since 2015, the Environment Agency report warned, while compliance with permits to discharge treated wastewater declined compared to 2020.

Measured against the agency’s four-star rating system for their environmental performance, most companies did much worse last year than in 2020, driven both by poorer performance and higher expectations.

Two others – Southern and South West Water – fell to one star, the bottom rating, with their performance described as “terrible across the board” by Environment Agency chairwoman Emma Howard Boyd.

At the other end of the scale, Northumbrian Water, Severn Trent Water and United Utilities all maintained a four-star rating.

“Water quality won’t improve until water companies get a grip on their operational performance.

“For years people have seen executives and investors handsomely rewarded while the environment pays the price.

She added: “Company directors let this happen. We plan to make it too painful for them to continue like this.

“The amount a company can be fined for environmental crimes is unlimited but fines currently handed down by the courts often amount to less than a chief executive’s salary.

“We need courts to impose much higher fines. Investors should no longer see England’s water monopolies as a one-way bet.”

The agency is also calling for prison sentences for chief executives and board members whose companies are responsible for the worst spills, and for company directors to be struck off, so they cannot move on in their careers, after illegal environmental damage.

A spokesperson for the Environment Department (Defra) said: “This report shows that water companies are ignoring their legal responsibilities.

“We will not tolerate this behaviour and we will take robust action if we don’t see urgent improvements.”

Mike Keil, senior director at the Consumer Council for Water, said: “This report marks a new low for the environmental performance of the water industry and casts serious doubt over whether some water and sewerage companies can be trusted to look after the water environment.

“It’s also an insult to customers who have told us they want to see companies do more to improve rivers and the habitats that wildlife depend on.”

Environmentalists warned pollution was putting rivers, coasts and the wildlife that depends on them at ever greater risk.

Ali Morse, water policy manager at The Wildlife Trusts, said: “The damage caused to nature is shocking and customers will want to see these figures coming down, rapidly.”

“The increased severity of punishment is welcomed, but we also want to see the money from water company fines invested in holistic, nature-based solutions which will actually benefit the environment, rather than disappearing into the Treasury,” he urged.

Toby Willison, Southern Water’s director of quality and environment acknowledged that the company’s performance in 2021 was not good enough and said they were committed to doing better for their customers.

“We know we have a long way to go, however, new investment and new ways of working, including major upgrades to our control centre and pumping stations, and the introduction of tens of thousands of digital monitors across our network, are already making a difference and delivering positive change.

Southern Water was last year handed a record £90 million fine after pleading guilty to thousands of illegal discharges of sewage which polluted rivers and coastal waters in Kent, Hampshire and Sussex between 2010 and 2015.

In November 2021, the Environment Agency and water regulator Ofwat announced an investigation into water companies, looking at more than 2,000 sewage treatment works, after checks revealed that some firms may be releasing unpermitted sewage into rivers and watercourses.

And, last month, the new environmental watchdog, the Office for Environmental Protection (OEP), will look into the roles of Ofwat, the Environment Agency and Environment Secretary in regulating sewer overflows which pollute rivers and coasts.