A refreshing chilled soup which requires absolutely no cooking. 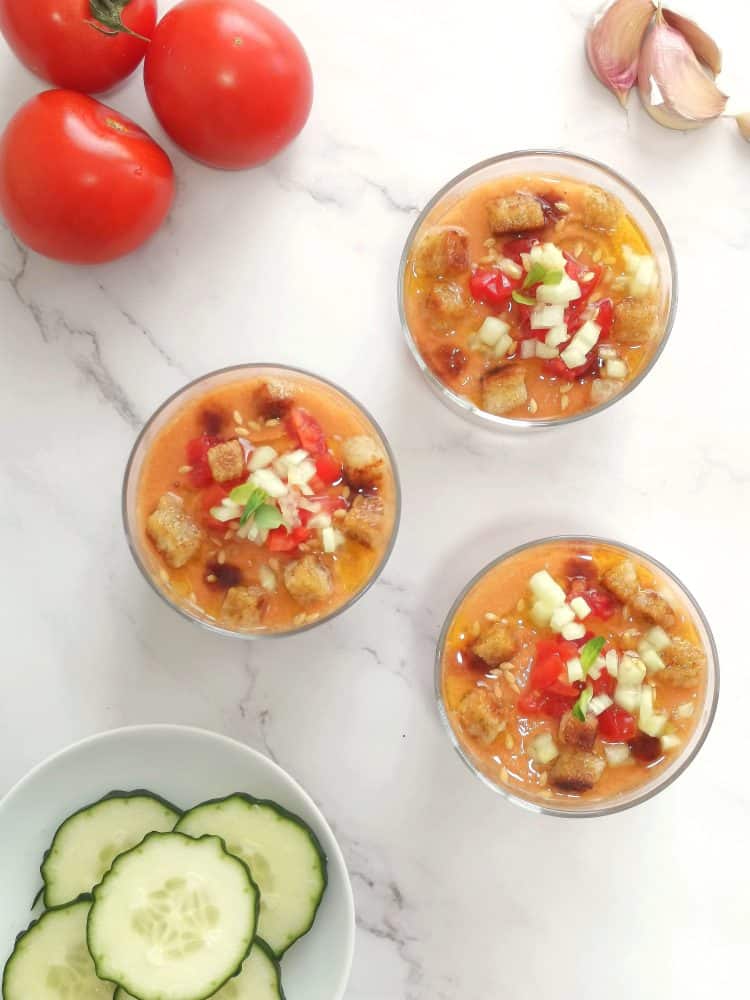 Originating from the southern regions of the Iberian Peninsula, very few dishes are as refreshing as ice cold gazpacho, either served from a glass or in a bowl capped with a variety of toppings. A chilled soup comprised of raw, blended vegetables, gazpacho also requires absolutely no cooking – which is perfect for preparing when it’s hot outside.

Making gazpacho at home is easy, but a half-decent blender is absolutely essential here. Some people prefer their soup to have a slightly chunky texture, though it’s traditionally drained through a fine chinois strainer once blended.

Each gazpacho recipe varies, especially from region to region. The recipe is thus very versatile. Some people omit cucumber, others use red bell pepper in place of more traditional green pepper. Others even use water for a lighter texture. As such, this gazpacho recipe can be used as a blank canvas based on personal preference.

Although the ingredients are extremely versatile, good-quality tomatoes are absolutely crucial when making the soup. Any in-season tomato will work well, but ideally use ripe red tomatoes. It’s also worth noting that plum tomatoes tend to be less watery. Some recipes call for the tomatoes to be peeled and seeded, but there’s no need to peel or seed the tomatoes for this gazpacho recipe.

Traditional gazpacho recipes typically contain leftover bread, which helps to thicken the soup. This recipe omits the bread, instead favouring croutons as a topping.

Considering Andalucía is the region with the highest production of olive oil in the world, it’s hardly surprising that olive oil features so heavily in traditional recipes. Today, many chefs cut down on the amount of oil used. For this recipe, I find that 60ml (4 tablespoons) is a perfect amount for four servings, plus a little extra for drizzling. As with the tomatoes, it’s also investing in high quality olive oil such as Spanish Arbequina olive oil.

Andalucía is also known for its sherry, with sherry vinegar featuring in many gazpachos. If available, sherry vinegar is highly recommended, though red wine vinegar can be used as a reasonable substitute.

A classic addition to gazpacho, heralding from Grenada, just a pinch of ground cumin lends a subtle earthiness to the recipe alongside some feint spiciness.

While gazpacho is typically served in glasses in Spain, it’s also suited to being served in a bowl, crowned with a selection of customisable toppings. For this recipe, I like to top gazpacho with finely diced red pepper, peeled cucumber, white onion, croutons, and just a pinch of apple (I like Jazz apples for their taste and texture).

Once blended, the gazpacho needs to be refrigerated, which also allows the flavours to develop. Chill for at least four hours, but up to 48 hours. If you’re in a hurry, ice can be added to the gazpacho, but this will alter the texture.

If the gazpacho separates in the fridge, don’t worry, simply stir or shake before serving.

Gazpacho can be stored for 4-5 days in the fridge, in an airtight container, and can also be frozen. Defrosted gazpacho will have a slightly different flavour and appearance, however. 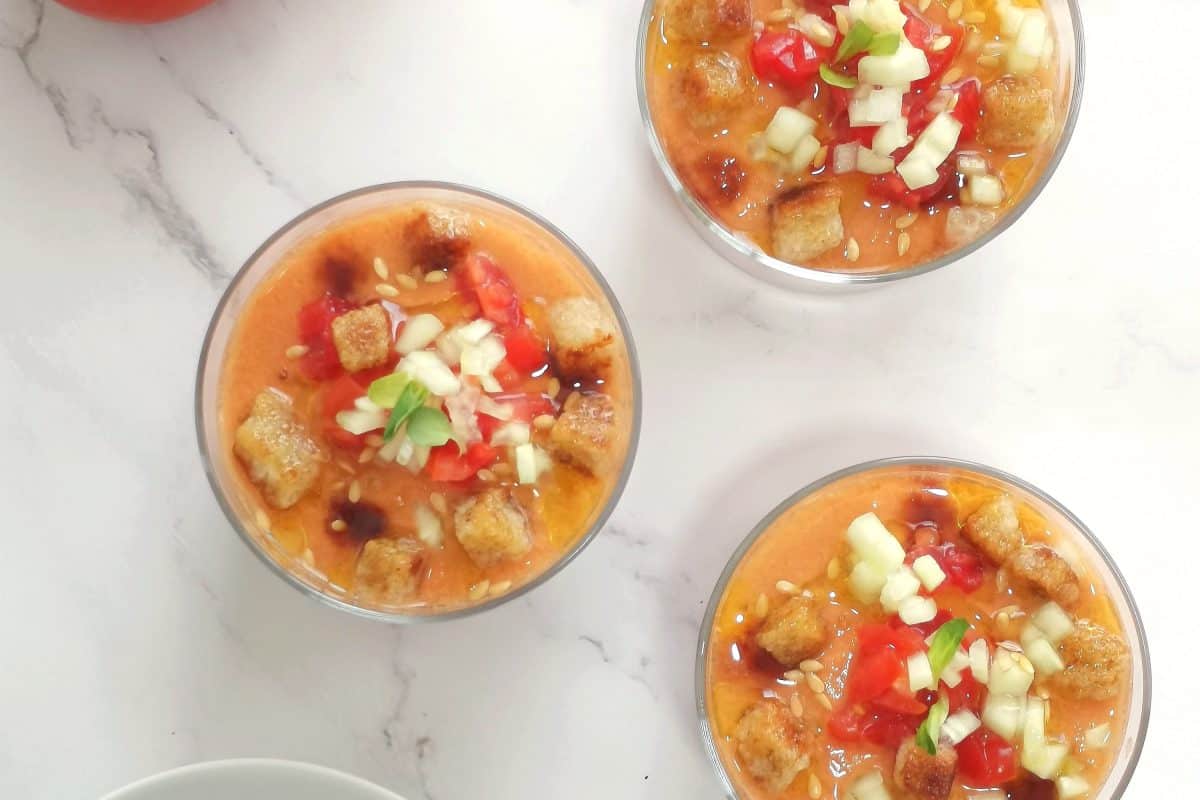