Italy is reeling from a brutal attack committed in full view of onlookers earlier this week - and the Nigerian Embassy is now involved. 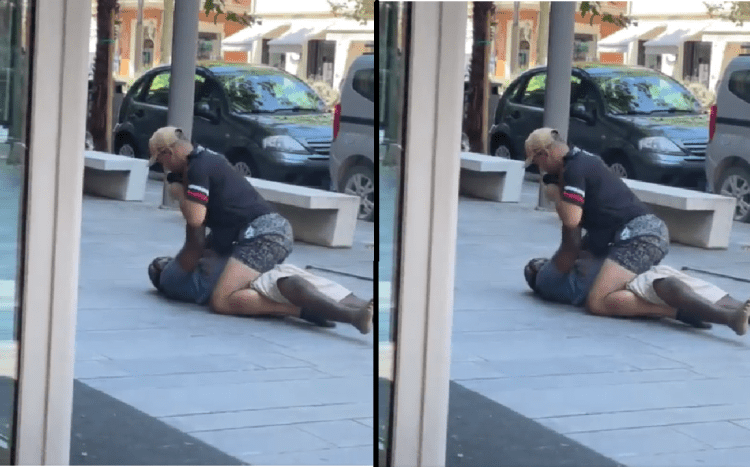 It’s a crime that is as cruel as it is puzzling: A Nigerian vendor was callously murdered in broad daylight on Friday, after a 32-year-old in Italy strangled him in the middle of the street. Shockingly, none of the bystanders present tried to stop the attack as it happened.

Civitanova murder: Nigerian man BEATEN TO DEATH in the street

In scenes reminiscent of a Black Mirror episode, onlookers instead REACHED FOR THEIR PHONES – a detail that has not been lost on the Nigerian Embassy in Italy. They have since called for calm, fearing that the situation could boil over in the coming days.

“A 39-year-old Nigerian citizen [Alika Ogorchukwu] was beaten to death by an Italian man on Friday 29th July, 2022, in Civitanova Marche city, located in the Province of Macerata, Marche Region of Italy. The incident occurred on a busy street, in front of shocked onlookers.”

“Some made videos of the attack, with little or no attempt to prevent it. The Embassy is currently collaborating with relevant Italian authorities to ensure justice is served and to provide succour to the family of the deceased. We are calling for calm at this moment.” | Nigerian Embassy in Italy

The video itself is hard to stomach. It features at the bottom of the article, and viewer discretion is advised. Filippo Ferlazzo, aged 32, is now in police custody. He was captured on film wrestling Ogorchukwu to the ground, with the victim thrashing about during the melee.

As life passes the pair by, citizens choose to record the incident – with no other intervention forthcoming. Although the clip doesn’t feature the final fatal moments, it shines a light on a very broken aspect of society. To reiterate, the following video does come with a warning…