Pollution warnings have been issued at more than 40 beaches and swimming spots after Wednesday's heavy rain. 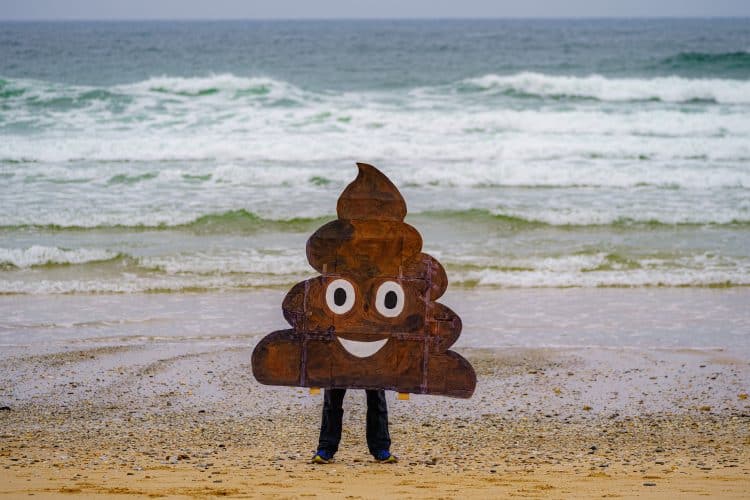 Pollution warnings are in place for dozens of beaches across England and Wales, after untreated sewage was discharged into the sea around the coast.

Official data reveals there have been a number of discharges since Monday, which Southern Water claimed took place to protect homes and businesses.

The south west and south coast of England were the worst affected, according to data gathered by environmental campaign group Surfers Against Sewage (SAS).

Swimmers are advised against bathing at seven beaches in Cornwall as a result of storm sewage overflows, with four in Devon and five in Dorset also polluted by the recent downpours.

Nine beaches in Sussex, three on the Isle of Wight and three in Essex were also hit by storm sewage.

Elsewhere, there were warnings in place at spots in Lincolnshire, Cumbria, Lancashire and South Wales, as well as two inland wild swimming spots near Bristol and near Minehead in Somerset.

On Tuesday, there was an alert at Spittal near Berwick in Northumberland, although this has since cleared.

There has been growing public outrage in recent years at the volume of raw or partially-treated sewage pumped into the UK’s rivers and coastal waters.

Hugo Tagholm, the chief executive of SAS, tweeted on Tuesday: “The shitstorm after the calm. Many south coast beaches off limits due to @SouthernWater sewage discharges.”

A spokeswoman for SAS said there were a further nine pollution warnings in place not linked to heavy rain, and those visiting the coast are advised to always check its interactive map on its website before they swim.

In a report published in July, the Environment Agency said water company bosses should face jail for the worst pollution incidents, describing the sector’s performance in 2021 as the “worst we have seen for years”.

An Environment Agency spokesman said on Wednesday: “The current risk of surface water flooding reinforces the need for robust action from water companies to reduce discharges from storm overflows. We are monitoring the current situation and supporting local authorities where needed.”

“This led to some overflows – which are used to protect homes, schools, businesses and hospitals from flooding – spilling excess water into the sea in parts of west Sussex, including Seaford.

“These discharges are heavily diluted and typically 95 per cent of them are rainwater.”

He continued: “We are dedicated to significantly reducing storm overflows and are running innovative pilot schemes across the region to reduce the amount of rainfall entering our combined sewers by 2030.”

The spokesman said a viral video of raw sewage apparently being pumped into the water at Seaford, East Sussex, was in fact surface water run-off.

Northumbrian Water said: “During the heavy rain earlier this week, a short discharge of storm water was made from a storm overflow at Spittal, near Berwick. Such discharges are mostly rainwater with a small percentage of wastewater that have come together because they use the same sewer network.

“At times of heavy rainfall, all water companies use storm overflows as a relief valve on our sewer network to protect the homes of customers and the environment from sewer flooding. Such discharges happen with both permission and scrutiny from the Environment Agency.

“In the last Bathing Water classifications released by Defra, 32 of the North East’s 34 designated bathing waters achieved either ‘excellent’ or ‘good’ ratings, with Spittal in the highest category.

“We have invested heavily in upgrades to our wastewater network in the last two decades and beyond, which have played an important part in these results, and we continue to do so. More than £80 million of investment is targeted towards improvements related to storm overflows in our current 2020-25 operating period.”