"He’ll still be sat there now with that gormless expression on his face! Perfect," wrote one Twitter user. 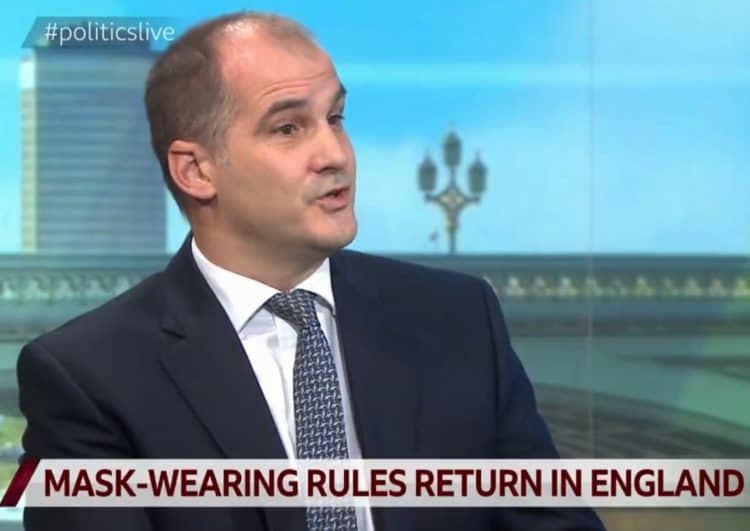 A handful of backbench Tories appeared maskless in the Commons chamber on Monday, with one openly shouting his opposition to pleas from Labour MPs to put one on and another suggesting the wearing of face coverings to provide protection from the virus is “mumbo jumbo”.

Some were seen at today’s PMQs still not wearing masks as the PM was accused of holding a boozy party last winter when the rest of us were not allowed to.

Boris Johnson did not deny that a “boozy” Christmas party was held in Number 10 during the lockdown but insisted that no rules were broken.

The prime minister was accused by Sir Keir Starmer of “taking the British public for fools” as the Labour leader insisted that any festive event would have been against the rules that applied in 2020.

So shouldn’t our elected members lead by example?

Well, Conservative MP Jake Berry and SNP MP John Nicolson were on TV debating the importance of politicians doing just that during the pandemic.

Berry thinks he has made an epic point by questioning why Nicolson isn’t working from home in accordance to the Scottish government’s guidance.

But as you will see it backfires spectacularly.