Between “40 to 50 people” people were crammed “cheek by jowl” into a room. "It was a Covid nightmare,” one source claimed. 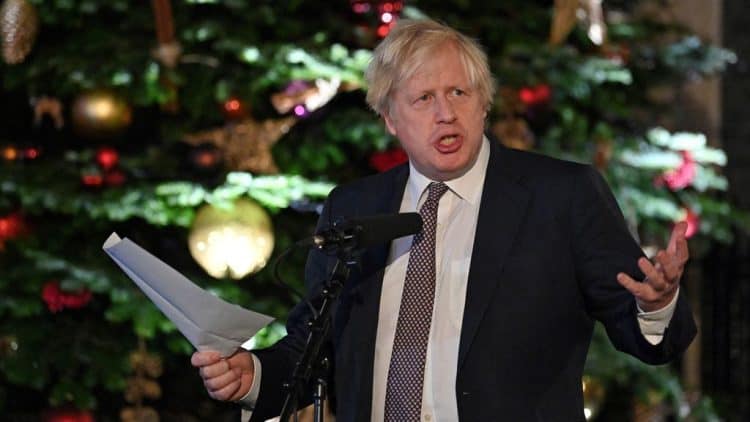 Boris Johnson reportedly hosted Christmas parties at Number 10 last year when the country was in various stages of lockdown.

The prime minister gave a speech at a leaving do on 13 November, when the UK was in its second national lockdown, The Mirror claims.

A party also went ahead on 18th December when London was under Tier 3 Covid restrictions – which mandated the closure of pubs and restaurants except for takeaways, banned indoor social gatherings and limited outdoor socialising to no more than six people.

Mr Johnson did not attend the unofficial Christmas bash, with the formal No10 staff being cancelled and held on Zoom instead.

But a second festive do is said to have taken place with members of his top team just days before Christmas when London was still under Tier 3 restrictions and as Mr Johnson cancelled Christmas for millions of families.

Those in attendance allegedly drank wine, took part in a festive quiz and gave out Secret Santa presents.

Between “40 to 50 people” people were crammed “cheek by jowl” into a room in Number 10 for both events.

“It was a Covid nightmare,” one source claimed.

Downing Street has denied the claims and insisted no Covid rules were broken.

A No 10 spokesperson told Sky News: “COVID rules have been followed at all times.”

Downing Street staff are classified as key workers and have been throughout, with members working long hours to deal with the pandemic. The offices are said to be Covid-secure.

But a source told the newspaper there were “many social gatherings” in Downing Street last year while the country faced strict lockdown rules.

Another insider claimed: “While senior civil servants were urging caution and there was one message to the public, Prime Minister gave the impression that it could be very relaxed in No 10.

“He would either turn a blind eye or on some occasions attend himself while everyone else was in lockdown”.