The Home Office has demanded the removal of a video, which features a cold exchange between Suella Braverman and a Holocaust survivor. 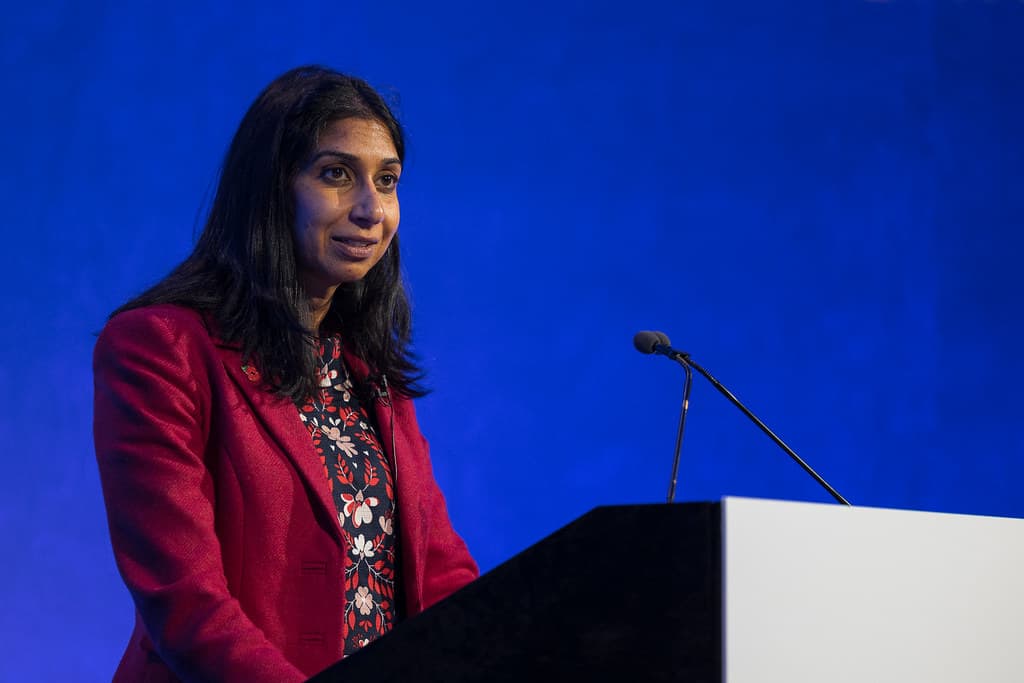 Some 80 years after facing an intolerable situation, this survivor of the Holocaust was left stunned by Suella Braverman’s response to her lived experiences. The victim, who challenged the Home Secretary on her immigration rhetoric, didn’t exactly get a sympathetic ear.

The octogenarian went on to ask Suella Braverman why she feels the need ‘to use such dangerous language’ when discussing the migrant crisis. Since being reappointed by Rishi Sunak, the politician has branded refugees as ‘swarms and invasions’.

These are terms that are all too familiar for those who had to flee their homelands during the Second World War:

“I am a child survivor of the Holocaust. In 1943, I had to flee my birthplace in Belgium. Now, when I hear you using words like ‘swarms’ and ‘invasion’ about refugees, I am reminded of the language used to dehumanise the murder of my family and others.”

The clip then shows Braverman flat-out refusing to acknowledge how upsetting this survivor found her language about refugees, and the minister declares that she ‘will not apologise’ for the terms she has used in Parliament and in the media:

The Home Office, however, has since claimed that Suella Braverman’s words were ‘misrepresented’, and they have even accused the Freedom From Torture group of ‘heavily editing’ their footage. The department now wants the exchange removed from social media.

“The Home Secretary attended an event last night and took questions, including on immigration policy. Footage of a conversation with a holocaust survivor is circulating online. The video has been heavily edited and doesn’t reflect the full exchange.”

“The Home Secretary listened carefully to the testimony. She thanked her for sharing her story. Since the footage misrepresents the interaction about a sensitive area of policy, we have asked the organisation to take it down.” | Home Office statement

FFT are standing firm on the matter, and they are refusing to comply with the Home Office’s request. Their Twitter account has also posted a full, unedited version of the video. Needless to say, compassion remains in short supply from the Cabinet member.