Several senior figures within the Labour Party have ripped into the impact of Brexit this week - and Keir Starmer has also had his say. 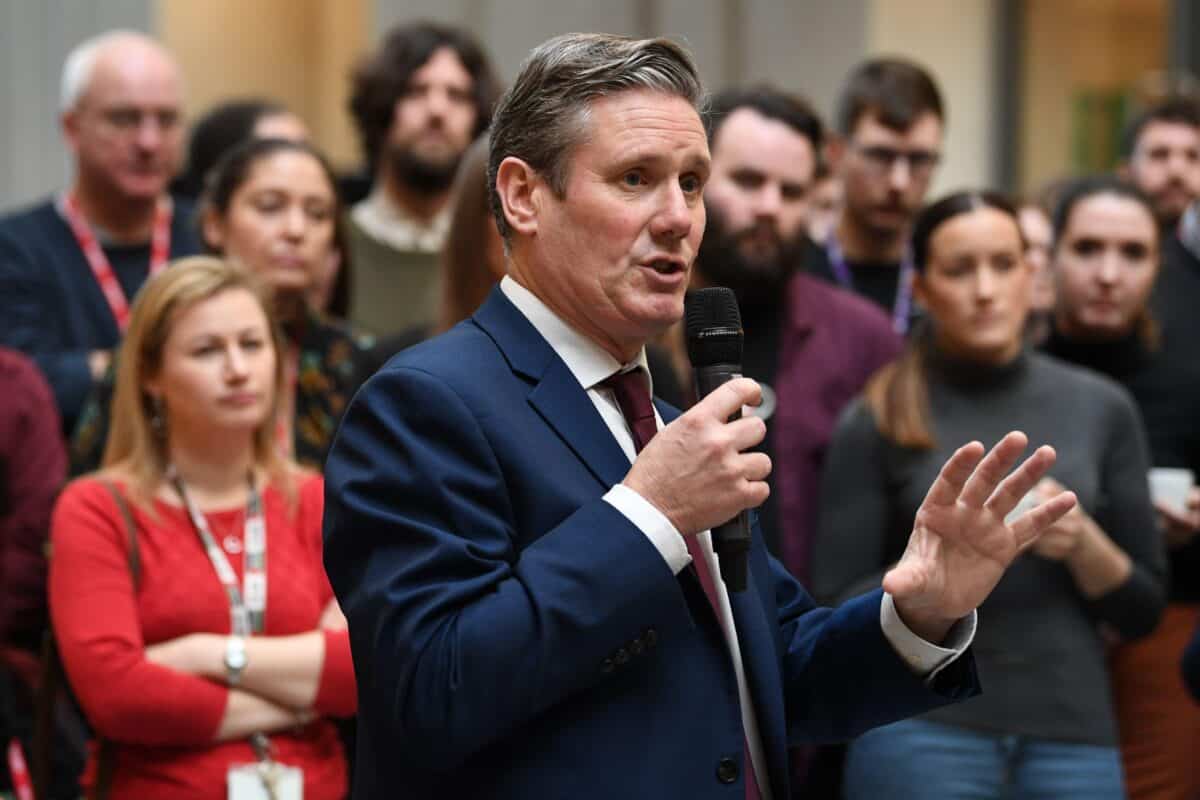 Keir Starmer has poured cold water on suggestions that Labour would explore the possibility of rejoining the EU if elected into office. The Labour leader, who spoke to Laura Kuenssberg on Sunday, made it clear that there was ‘no going back’ on the 2016 referendum result.

Will the UK rejoin the EU under Labour? Don’t bet on it…

Over the past few days, senior Labour figures have been more outspoken in their criticism of Brexit. Sadiq Khan publicly addressed the ‘immense damage’ leaving the EU has done to the UK economy over the past six years.

Even Mr. Starmer himself seemed to be finding his voice on the matter. On Friday, he lashed out at the ‘Brexit purity cult‘ who are making the situation in Northern Ireland more difficult than it needs to be.

The Labour leader used a speech in Belfast to urge the Prime Minister to take on the European Research Group (ERG), in order to resolve the issues over NI’s post-Brexit trading arrangements. He has also called upon Rishi Sunak to acknowledge ‘mistakes made’ by Tory ministers.

Alas, none of this has led to an epiphany for the leader of the opposition. During his appearance on the BBC this morning, he categorically ruled out rejoining either the EU, or the trading bloc’s single market. He did, however, acknowledge Brexit’s terrible toll on the country.

“The government’s Brexit deal is not a very good one, it is doing damage to the economy. But there is no going back into the EU or the single market. There is, however, a case for a closer trading relationship with Europe, and a case for fixing the Northern Ireland Protocol.”

“We can improve our situation, but that doesn’t mean going back to the EU. A closer trading relationship would boost our economy. I voted and campaigned for remain, but the public wanted to leave. We now have to make that work.”