"Why should any of them accept that?" - watch as Ash Sarkar puts Alex Chalk to task over ongoing pay disputes. 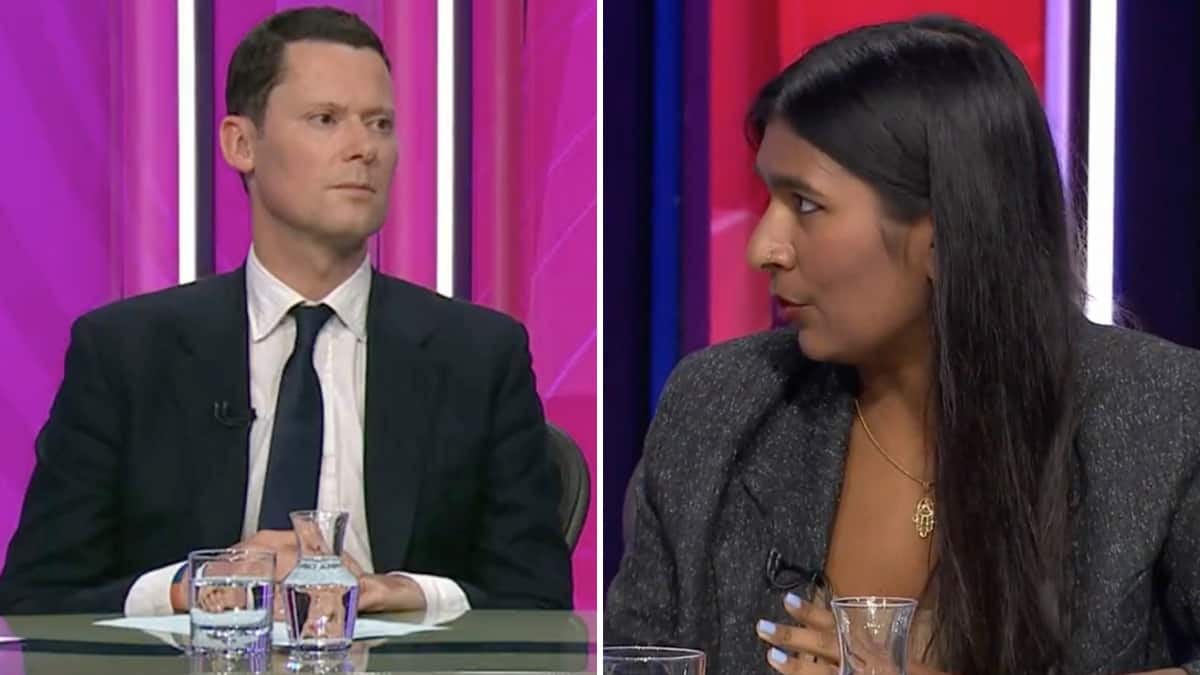 Journalist Ash Sarkar has accused the Conservatives of telling public sector workers to “get poorer and be happy about it” in a blistering Question Time appearance.

Novara Media’s contributing editor took defence minister Alex Chalk to task over the government’s decision to lift the cap on bankers’ bonuses while ordinary workers strike over the rising cost of living.

Pointing out how doctors’ real terms pay had fallen on average by 25 per cent between 2010 and 2020, she said:

“Do you think that doctors’ work became 25 per cent less useful during that time?” she asked the minister.

“No — you just decided to start paying them worse comparative to what they’ve been paid before and forcing them to work in worse conditions.

“And when it came to your party’s mates in the City, you said, ‘well, in order to get the best talent, we’ve got to lift the cap on bankers’ bonuses, pay has got to be competitive.”

She added: “But when it comes to things like the NHS or the education sector, you’re effectively saying to all these public sector workers, ‘get poor and be happy about it’.

“Now why should any of them accept that?”