"More inclined than ever to retweet Steve even if it’s just because protest is precious," wrote one person in support. 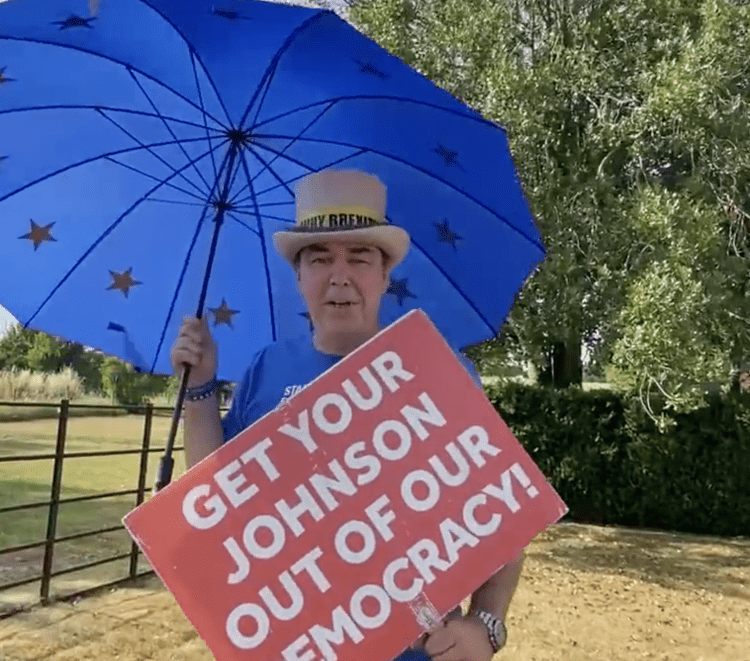 Boris Johnson skipped a crisis meeting on the looming life-threatening heatwave to host a party at his luxury Chequers rural retreat, according to reports.

Was it his actual wedding party dressed up as a gathering of friends and family? You can decide for yourself.

Ministers and experts gathered in the Cabinet Office on Saturday afternoon for a Cobra meeting to prepare for temperatures hitting an unprecedented 40C on Monday and Tuesday.

But the prime minister was 30 miles away in Buckinghamshire at a get-together for friends and family, ahead of being kicked out of his country retreat at the start of September.

One person who wasn’t on the guest list but rocked up anyway was anti-Brexit bellower Steve Bray and Slyiva.

Sadly the heavily armed police didn’t seem to want let him into the taxpayer-funded bash.

He is becoming a national treasure, even people who can’t stand him must still appreciate his workrate!