"DefCon level 8 would actually be very low risk, you turnip," wrote one person reacting to Clarkson's comment about the current heatwave. 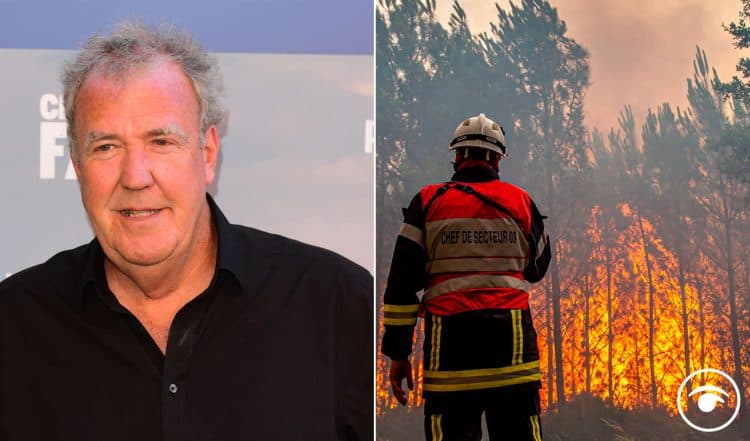 Perhaps he thinks it is another example of the nanny-woke state overbearing on the general population.

It comes as there is a red warning for extreme heat today with a risk to life.

He tweeted: “It’s very hot in the south of France but so far as I know, there’s no DefCon 8 level 3 killer death heatwave warning in place.”

Dominic Raab would probably agree with him after his comments from yesterday.

So what is going on in Europe?

Firefighters battled wildfires raging out of control in Spain and France, including one whose flames reached two popular Atlantic beaches on Sunday, as Europe wilted under an unusually extreme heatwave.

There have been no fire-related deaths in France or Spain so far, but authorities in Madrid have blamed soaring temperatures for hundreds of deaths. And two huge blazes, which have consumed pine forests for six days in southwestern France, have forced the evacuation of some 16,200 people.

In dramatic images posted online, a wall of black smoke could be seen rolling towards the Atlantic on a stretch of Bordeaux’s coast that is prized by surfers from around the world. Flames raced across trees abutting a broad sandy beach, as planes flew low to suck up water from the ocean. Elsewhere, smoke blanketed the skyline above a mass of singed trees in images shared by French firefighters.

Related: Hottest ever UK temperature ‘likely to land’ in one of these THREE places