Not everyone is a fan of the Queen. 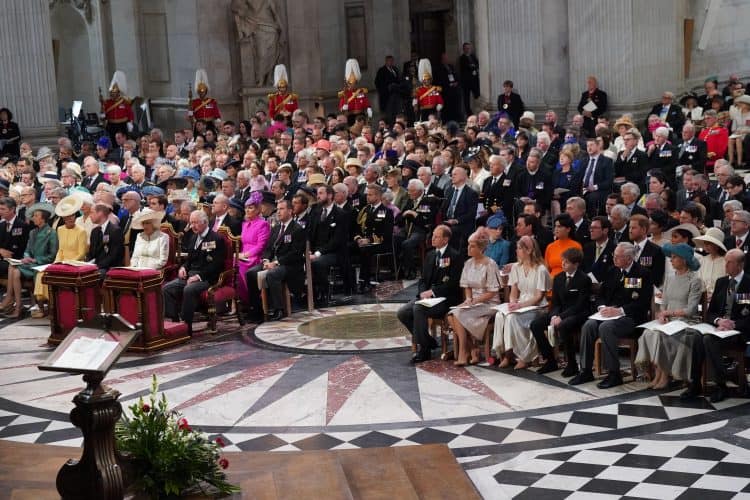 The Queen is “still in the saddle”, the Archbishop of York has said, as he thanked her for “staying the course”.

In his sermon for the National Service of Thanksgiving at St Paul’s Cathedral, The Most Rev Stephen Cottrell compared the monarch’s well-known love of horse racing to her long reign, suggesting it “reflects the distance of Aintree more than the sprints of Epsom”.

The Queen bowed out of attending Friday morning’s event in central London after suffering “discomfort” following the first day of festivities for her Platinum Jubilee.

Not everyone is a fan of the Queen though.

A clip of former X-Factor stars Stacy Solomon has gone viral from 2018 on Loose Women.

She said: “I don’t get why we’re so obsessed with these humans that are exactly the same. It could be us four sitting there, I just don’t get it.”

Also on the show, Jane Moore told Solomon that she believed the Royals were “becoming like celebrities.” Solomon agreed saying, “to me, that’s all they are.”