Crowds could be heard booing and whistling as the Prime Minister walked up the steps to St Paul's Cathedral. 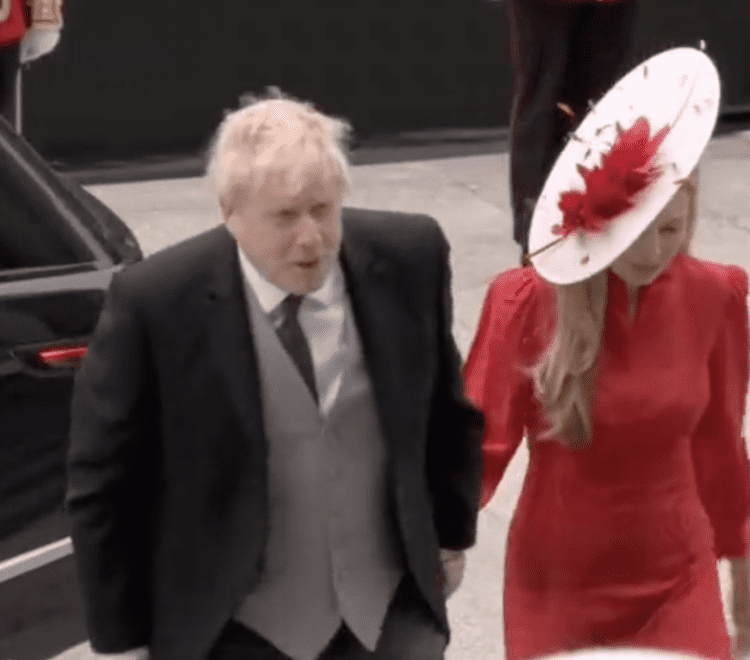 The royal family will be out in force for the Platinum Jubilee celebrations in the Queen’s absence at a special service of thanksgiving.

The Prince of Wales is set to represent his mother after the 96-year-old monarch pulled out of the high-profile occasion at St Paul’s Cathedral in London.

She suffered “discomfort” following a busy first day of festivities including a double balcony appearance and a beacon lighting.

The Queen, 96 and facing ongoing mobility difficulties, will be watching the ceremony on television on Friday as she rests at Windsor Castle.

One person who got, what you might call a mixed reaction, was the PM.

Crowds could be heard booing and whistling as the Prime Minister walked up the steps to St Paul’s Cathedral with his wife Carrie, although there were also cheers from some onlookers.

It comes as the Queen celebrates the second day of her Platinum Jubilee today, with the highlight a service of thanksgiving at St Paul’s Cathedral attended by senior royals and politicians.