"The embarrassment is real…" said one person who wasn't happy with his comments. 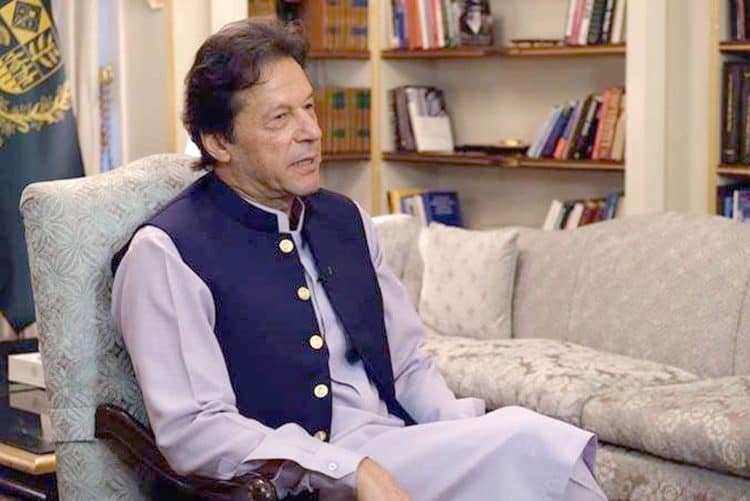 Pakistan’s PM Imran Khan arrived in Moscow late on Wednesday, as he pressed on with the planned trip even though Russia was on the brink of war.

It comes as Ukrainian protesters in London said they are “heartbroken” and “terrified” as they called on the UK to do more to stop Vladimir Putin taking over their country.

Hundreds of demonstrators gathered outside Downing Street on Thursday afternoon to call for more drastic action from Britain and the international community, including “total isolation of Russia” as its troops invade Ukraine.

The crowd sang the Ukrainian national anthem and chanted: “Stop Putin. Stop the war”, and “Ukraine is not Russia”.

People also held up placards with images of Mr Putin saying “terrorist”, “killer”, and “Putin! Get out of Ukraine”.

He ran into potential embarrassment almost immediately. Khan was heard in a video clip telling Russian officials upon arrival that it was a time of “so much excitement”.

“What a time I have come… so much excitement,” Mr Khan can be heard saying in the clip shared on social media.

The US had reacted angrily to the news of Mr Khan’s visit even before Russia’s invasion of Ukraine began.

Ned Price, the US state department spokesperson, said on Wednesday: “We believe it’s a responsibility of every responsible country around the world to voice concern, to voice objection, to what Putin appears to have in mind for Ukraine.”

“Islamabad’s best hope for PM Khan’s Russia visit is that there are limited public aspects to the programme, that Khan doesn’t make any gaffes and say the U word in any public remarks, and that Khan and his delegation can get out as quickly and quietly as possible,” tweeted Michael Kugelman, Asia Programme deputy director at Wilson Centre.

Related: ‘Declaration of war on whole of Europe’ as Russian strikes near Chernobyl could cause ‘radioactive nuclear dust’ to spread to ‘EU’