“Ukraine reckons Russia has been helping the separatists with money and weapons, Russia says it hasn’t," Derbyshire said. 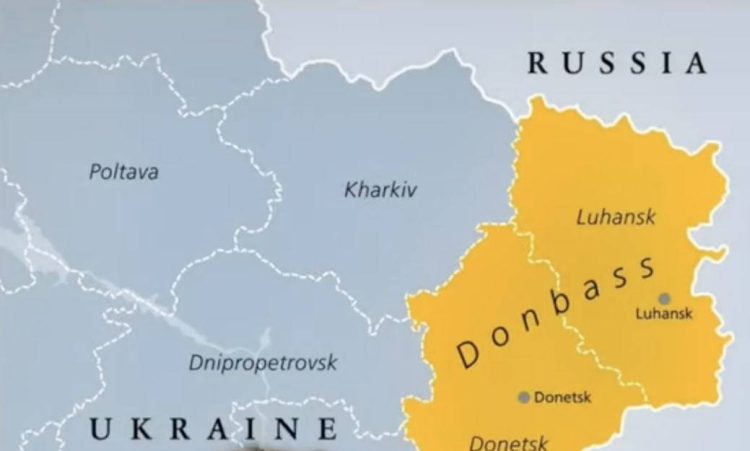 Victoria Derbyshire has briefly summarised the conflict between Russia and Ukraine in just under a minute.

In a TikTok video, the BBC journalist explained in front of a map of Ukraine’s Donbass region that its two areas, Donetsk and Luhansk, broke away from the country’s government in 2014.

“Some who live here mostly speak Russian and frankly would rather be a part of Russia,” Derbyshire said, adding: “Since 2014 these people, known as separatists have been fighting the Ukraine army. Thousands have died.

“Ukraine reckons Russia has been helping the separatists with money and weapons, Russia says it hasn’t.”

Derbyshire then recalled the conflict was responsible for the Malaysia Airlines Flight 17 being shot down whilst flying over eastern Ukraine in 2014 – causing all passengers, including 80 children, to die.

“An international investigation showed the missile that hit it was brought in from Russia and fired by Russia-backed separatists,” Derbyshire said.

She added: “Now, president Putin has said for the first time he recognises these two bits of Ukraine as independent.

“He sent his own soldiers in there, he says they are peace keepers, western leaders say that’s nonsense.

“That’s where the British government says a Russian invasion of Ukraine has begun.”

Ukraine’s foreign minister also accused Russia of starting a full-scale war after attacks were carried out on air bases and other military assets in the country.

UK prime minister Boris Johnson has meanwhile said Britain “cannot and will not just look away” – but Russia’s president Vladimir Putin warned any countries that would attempt to interfere in the conflict with Ukraine would face “consequences they have never seen”.

However, Johnson said:  “Diplomatically, politically, economically and – eventually – militarily, this hideous and barbaric venture of Vladimir Putin must end in failure.”

He added the UK will work “for however long it takes to ensure that the sovereignty and independence of Ukraine is restored”.

He described Russia’s action as an “act of wanton and reckless aggression” and an “attack not just on Ukraine” but also “on democracy and freedom in eastern Europe and around the world”.

“This crisis is about the right of a free sovereign, independent European people to choose their own future. That is a right that the UK will always defend,” he said.

Meanwhile, Ukraine has called on the European Union and its member states to give the country air-defence and anti-missile systems, and use “all means” to halt Russia’s satellite signals.

According to The Guardian, Ukraine has also asked for the “fiercest restriction measures against Belarus, which directly supported [the] Russian full-scale invasion”.