“This is a declaration of war on the whole of Europe.” 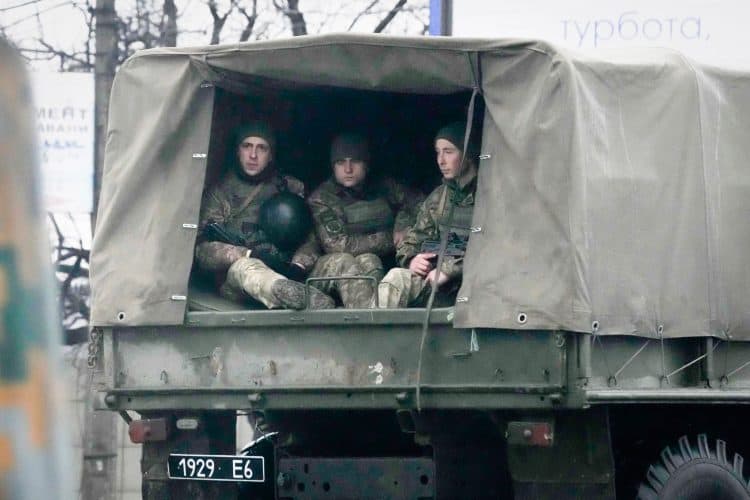 Russian troops have entered an area near the Chernobyl nuclear power plant, an adviser to Ukraine’s interior minister has claimed.

An official has claimed that fighting is raging in Chernobyl near the facility where disaster struck in 1986.

Chernobyl was the scene of the worst nuclear disaster in history, and an exclusion zone has been set up around the area ever since.

An adviser for the Interior Minister of Ukraine, Anton Gerashchenko said today: “The invaders from the territory of Belarus have moved into the Chernobyl AES Zone.

“The National Guardsmen, who guard the collectors of unsafe nuclear radioactive waste, are fighting hard.

“If the invaders artillery hits and ruins/damages the collectors of nuclear waste , radioactive nuclear dust can can be spread over the territory of Ukraine, Belarus and the country of the EU!”

Ukraine President Zelensky says that Russia is attempting to capture Chernobyl nuclear plant. He further says “This is a declaration of war on the whole of Europe.”

At the start of the conflict, Russia targeted air bases and military infrastructure in at least 25 Ukrainian cities in a bid to neuter the capabilities of the Ukrainian air force.

It comes after a security expert in Kyiv claimed that an accidental hit on a reactor would pose a risk of radioactive pollution to Europe.

Radiation could contaminate air, soil and waterways, affecting Russia and much of Europe the head of safety analysis at the State Scientific and Technical Centre for Nuclear and Radiation Safety, Dmytro Gumenyuk, told i news.

In unleashing Moscow’s most aggressive action since the Soviet invasion of Afghanistan in 1979, President Vladimir Putin deflected global condemnation and cascading new sanctions – and chillingly referred to his country’s nuclear arsenal.

He threatened any foreign country attempting to interfere with “consequences you have never seen”.

Ukraine’s president said Russian forces were trying to seize the Chernobyl nuclear plant, site of the world’s worst nuclear disaster, and Ukrainian forces were battling other troops just miles from Kyiv for control of a strategic airport.

Large explosions were heard in the capital and in other cities, and people massed in train stations and took to roads, as the government said the former Soviet republic was seeing a long-anticipated invasion from the east, north and south.

The chief of the Nato alliance said the “brutal act of war” shattered peace in Europe, joining a chorus of world leaders who decried the attack, which could cause massive casualties, topple Ukraine’s democratically elected government and upend the post-Cold War security order.

Related: Truss summoned Russian ambassador to meet her and everybody said the same thing