But Sir David warns: “Despite the overwhelming benefits of a healthy planet, many human actions are destroying biodiversity.” 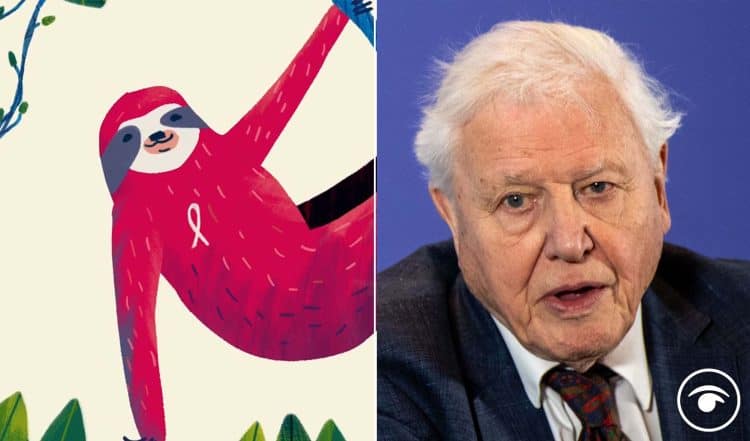 The benefits of nature are “indispensable” for making human life possible and worth living, Sir David Attenborough says in an animated film on biodiversity.

The short animation explains the value of biodiversity – the diversity of life on Earth – as well as the damage humans are doing to nature, and what we can do to reverse the declines in wildlife that are currently taking place.

The film from the Royal Society is narrated by Sir David and has been released as countries discuss efforts to reverse declines in nature at a UN biodiversity conference being held virtually this week, and ahead of the global Cop26 climate talks in Glasgow.

In the animation, the naturalist and TV presenter spells out the benefits of nature in providing food, shelter, medicines and cultural and spiritual benefits, from mangroves that stop storm surges to cancer-fighting fungi on sloths.

But Sir David warns: “Despite the overwhelming benefits of a healthy planet, many human actions are destroying biodiversity.”

He points to the over-exploitation of land, climate change and corals hit by warming oceans, animals hunted towards extinction for meat and body parts, and plastic pollution.

And he calls for action to cut greenhouse gas emissions, protect nature – by giving it space to thrive or through active conservation schemes – and ensure affected communities are given a place at the table as part of efforts to ensure countries can develop in ways that work with nature, not against it.

He concludes: “The benefits provided by nature are indispensable for making human life both possible and worth living.

“We need all the riches of our living planet to help us live healthy, happy lives long into the future.”

Alongside the film, the Royal Society is releasing a Q&A of 16 common questions the public has about biodiversity to help inform people about humanity’s impact on nature.

Professor Yadvinder Malhi, chairman of the Royal Society biodiversity working group, said that, in the lead-up to the nature and climate conferences, “it has never been more important for people to understand their role as global citizens in protecting Earth’s rich and bountiful biodiversity and limiting climate change”.

He said: “We are thrilled that Sir David Attenborough is helping us to shine a spotlight on the urgent biodiversity crisis.

“This animated film brings the viewer on a journey of discovery of the riches of nature while highlighting the many human actions which contribute to destroying this essential biodiversity.

“We are called to take action to reduce our burden on the natural world and help preserve a biologically diverse planet long into the future.”

– The short film was created by OOF Animation and directed and animated by Ana Stefaniak and Ignatz Johnson.