A Daily Express front page from 2016 claiming there will be “cheaper food” in the UK after Brexit has not aged well, after today’s headline warned UK residents to “get used to higher food bills”. 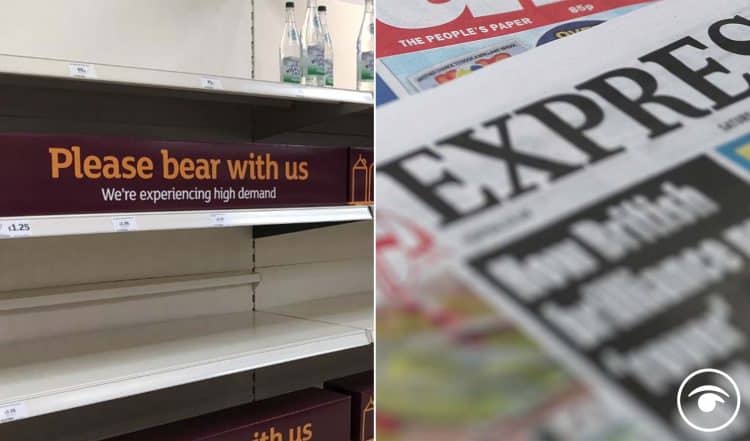 A Daily Express front page from 2016 claiming there will be “cheaper food” in the UK after Brexit has not aged well, after today’s headline warned UK residents to “get used to higher food bills”.

Almost five years ago, on 18 October, the newspaper’s splash read: “Cheaper food after EU exit” and “Experts now say that prices will come down”.

But today, Brits have been told of a “sharp wake-up call over soaring food prices”.

The warning comes amid American giant Heinz saying the cost of essential goods will increase and consumers will have to “get used to it”.

The newspaper also quoted figures from the Centre for Economics and Business Research, which say a family of four could be £1,800 worse off by the end of this year.

The post-Brexit shift has not gone unnoticed, with hundreds expressing their disappointment at worsening living standards.

“Ever get the feeling you’ve been had?,” TechCrunch editor Mike Butcher asked.

GP Alec Jones said: “Imagine what would be happening if Corbyn won the last election. The right wing media would be in a frenzy of blame and vilification.

And Twitter user Darren McKay said he would love the Express editor to be invited on BBC’s Newsnight or Question time to explain the contradictory headlines before and after Brexit.

One Twitter user: Blows my mind we’re just accepting this shit without any consequences whatsoever for those that put us in this position.

Last month, Brits have been warned they could see their supermarket bills soar this year as new red tape on trade with the EU comes into effect.

And a top UK pub boss has warned that food and drinks prices are increasing because venues can no longer shield Brits from supply disruptions caused by labour shortages.

Clive Watson, founder and executive chairman of City Pub Group, called for the government to encourage EU citizens to come work in the UK, as lorry drivers and food manufacturers shortages continue to cause chaos.

He claimed there are not enough people to fill ongoing vacancies at his own pubs despite wage increases – and thinks EU workers could be brought in “for two to three years to solve this”.