It comes amid a feud in Whitehall as the Treasury flatly denied having been in talks with the Business Department over any support. 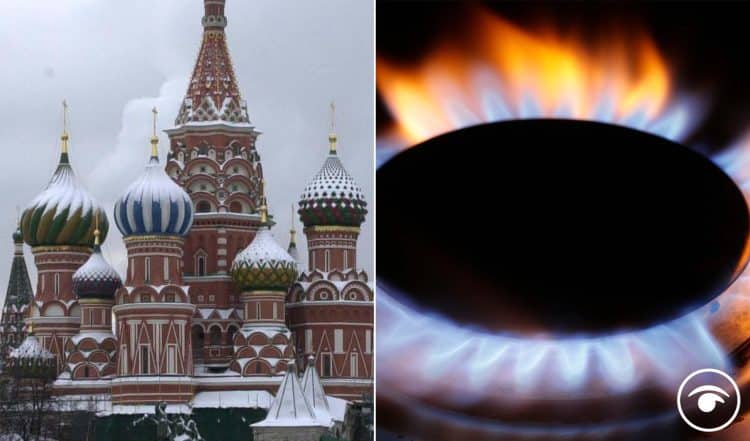 Soaring gas prices hitting industry and householders in the pocket have been blamed squarely on the Kremlin by a government minister.

Tory frontbencher Lord Agnew of Oulton said spiralling energy costs were nothing to do with supply shortages, but were due to a “geopolitical move” by Russia to put pressure on Europe.

The Treasury minister’s unequivocal comments appeared to go further than the Government has gone before in pointing the finger directly at Moscow for the current crisis.

It follows claims that Russia had been limiting gas supplies in a bid to prod regulators in Europe into moving quickly to certify the controversial new Nord Stream 2 pipeline.

Last week, a suggestion by Russian President Vladimir Putin that his country could boost natural gas supplies to Europe led to a drop in prices.

Pressed in the House of Lords over rising energy costs and calls for increased intervention and public ownership of “vital utilities”, Lord Agnew said: “The current squeeze on gas prices is nothing to do with the quantity of gas available.

“It is a geopolitical move by Russia to put pressure on Europe and we are caught up in that.

“Public ownership of our own utilities would make no difference.”

Ministers and officials are due to continue to hold talks with industry bosses this week in a bid to stop firms going to the wall in the face of hikes in energy costs.

But he has offered no new support for businesses after bosses and some Tory MPs called for help to prevent them going under as wholesale prices soar.

Gareth Stace, director general of UK Steel, has called on the Prime Minister to “bang ministerial heads together” to avoid an industry crisis hitting his sector.

It comes amid a feud in Whitehall as the Treasury flatly denied having been in talks with the Business Department over any support.

Mr Kwarteng indicated on Sunday that struggling manufacturers and energy firms will not get much more support but said he was working closely with Chancellor Rishi Sunak to help the industry.

However, a senior Treasury source insisted to the PA news agency that no such talks have taken place despite firms pleading for help to prevent further collapses as wholesale gas prices spiral.

The former shadow business secretary told Sky News: “We mustn’t let ideology get in the way because, having supported the economy through the pandemic, it would be tragic now if we stood back and let these key industries go to the wall.

“They’re asking for help and it’s really important that the Treasury and the Business Department stop fighting with one another and get around the table and get to the bottom of what these industries really need.”

Mr McFadden said a price cap for business energy use “could be considered” by Labour but “it might not be the only thing you have to do here”.

“You could look at some of the other costs that the industry has and maybe try and abate those during this current crisis,” he told Sky News.