'We are waking up to a very dark day in Europe’. 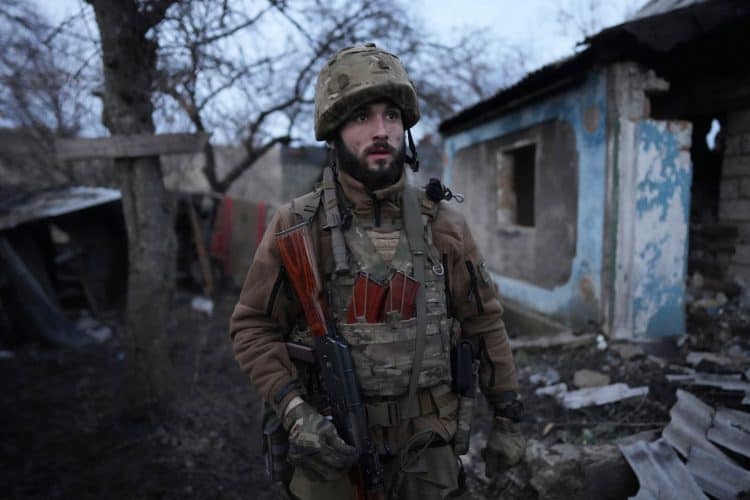 Health Secretary Sajid Javid said ‘we are waking up to a very dark day in Europe’.

‘Putin has decided to attack the sovereignty of Ukraine and its territorial integrity. We have always said that is unacceptable,’ he told Kay Burley on Sky News.

‘We have seen that he has recognised these breakaway eastern regions in Ukraine and from from the reports we can already tell he has sent in tanks and troops, from that you can tell the invasion has already begun.

Tanks, trucks and troops have rolled into eastern Ukraine hours after Vladimir Putin declared the region to be independent and ordered Russian forces to go in on what he called a ‘peacekeeping mission’

Boris Johnson is leading a crisis meeting of ministers and senior officials to consider the response to Vladimir Putin’s actions in Ukraine.

The Government is preparing to slap sanctions on key Russian figures and businesses after President Putin recognised two breakaway regions of eastern Ukraine as independent states.

At the 0630 meeting of the Cobra committee the Prime Minister will be briefed on the latest intelligence after Mr Putin ordered his troops to carry out “peacekeeping” duty in the Donetsk and Luhansk regions.

The Cobra meeting follows an emergency session of the UN Security Council, where the UK’s ambassador Dame Barbara Woodward said Russia has “brought us to the brink”, warning that the country’s actions “will have severe and far-reaching consequences”.