From the newsletter: Net-zero could prove a useful distraction for the government as the cost-of-living crisis intensifies. 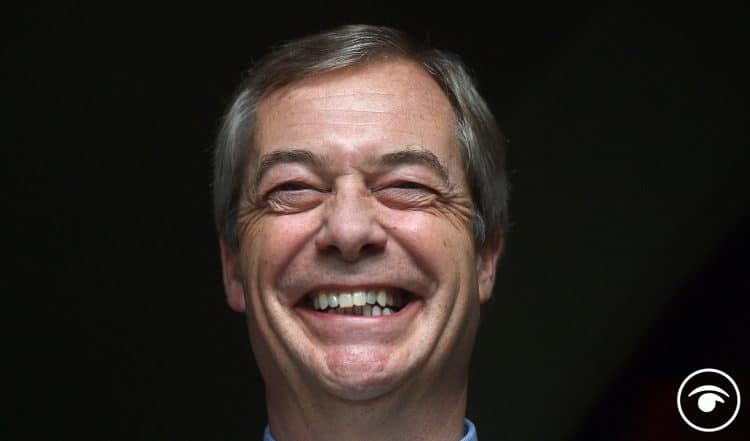 Good morning. Say what you will about Nigel Farage, but when he says the next referendum is on the horizon it is usually worth seeing which culture war he has eyed up for his next shot at political relevancy.

Like the Lagotto Romagnolo dogs of northern Italy who spend most of their lives with their nose in the dirt searching for their next token of fungal expediency, our former Brexit friend claims he has sniffed out the next ‘European question’ in a GB News broadcast, describing the government’s net-zero targets as something that has “been imposed on people without any public discussion”.

The UK became the first major economy in the world to legislate for net-zero in 2019 and has since enshrined a new target in law to slash emissions by 78 per cent by 2035 in a bid to meet its commitments to the Paris Agreement goals. If successful it will, as Barak Obama stated in 2016, “help delay or avoid some of the worst consequences of global warming”. In other words, it will achieve the bare minimum. Anything less, and we are quickly sliding towards disaster.

But with the Brexit debate out of the way and the CRG group of MPs sated by recent moves to bin Covid restrictions, we could find that even our barebones vision for the future of the planet is too much to stomach for fringe politicians who seem to wield an increasingly powerful hold over national discourse in this country. Conservative rebels including former European Research Group chair Steve Baker are behind a new ‘Net Zero Scrutiny Group’ (NZSG) who have put the blame of the cost-of-living crisis at the doorstep of the government’s green policies. They say, like Farage, that the government is going too hard to fast in moving to fix the planet, with the costs falling on the shoulders of the least well off.

Using the hashtag #CostofNetZero, members associated with the group have been making interventions across the media, echoing tactics learned from Brexit. The response to the moves has been a familiar one, with people labelling them ‘climate change deniers’, ‘propagandists’ and ‘lunatics’. But as Ben Wright recently pointed out in the Telegraph, to treat them in such a way would be to repeat the mistakes made in 2016.

While it may appear obvious to many that the planet needs saving as a matter of urgency, so did it seem evident that keeping existing trade arrangements with our nearest and most important trading partner would be a good thing, and we all know how that worked out. In Wright’s words, “consensus can be dangerous if it breeds complacency”. Work is already underway by the NZSG to present net-zero as a set of policies with clear costs and abstract benefits “imposed by out-of-touch metropolitan experts”. We had better get thinking of a suitable response if we are to avoid history repeating, and quick.