It comes as yesterday Nigel Farage tweeted: "It made no sense to poke the Russian bear with a stick." 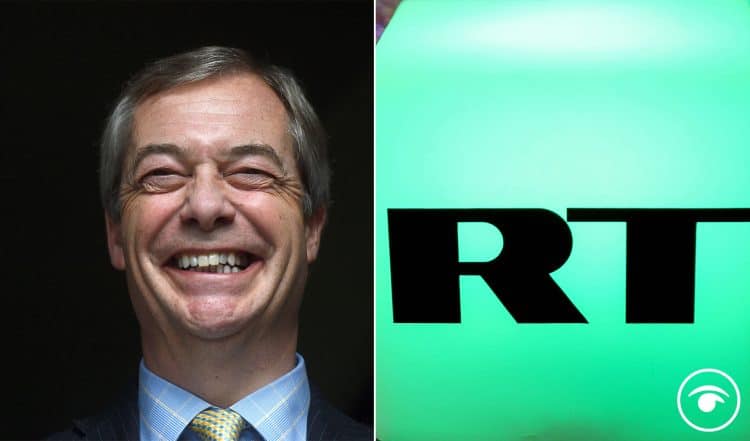 Who is to blame for the invasion of Ukraine? It is very hard to not blame lay the blame directly at Vladimir Putin’s door for launching a huge ground and air invasion of a peaceful country.

Well, one person who has, to a degree, supported Putin is the darling of Brexit, Nigel Farage.

Mr Farage blamed the West for “poking the Russian bear with a stick.”

In response LBC Presenter Ian Dale hit out at Mr Farage, describing his tweet as “truly shameful” and criticising the former politician for failing to condemn the Russian leader. Writing on Twitter, he said: “Truly shameful, Nigel.

One broadcaster who has picked up on Farage’s comment is Russia Today.

“It is essential that the UK looks to limit Russia’s ability to spread their propaganda at home,” she said.

Ofcom said it has “already stepped up our oversight of coverage” of the crisis by broadcasters in the UK.

But as of today they are still beaming into homes into the UK, and they think Farage has Russia’s back.

Related: ‘I don’t have another choice’: Boxing legends Klitschko brothers vow to take up arms against Putin