Sleepy Joe saw what few other Western leaders did, is now the time to listen? 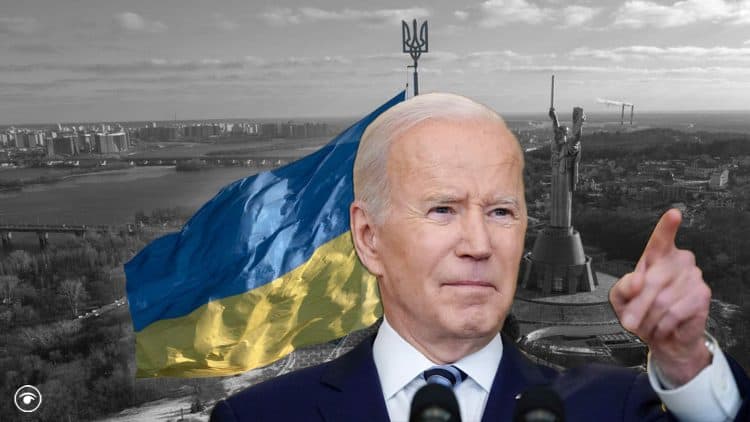 Good morning. For several weeks, even as Russian troops amassed at the border with Ukraine in unprecedented numbers, the narrative from the West was that Vladimir Putin was purely posturing. There was, they said, time for the president to step back from the brink, words which were still being echoed yesterday by British ministers who continued to insist that ‘unprecedented’ sanctions could reverse the Ukraine invasion, even with Russian boots on the ground and cities across all four corners of the country under siege.

Had leaders taken the threat of an imminent attack more seriously then such sanctions, you would like to think, would have been more forthcoming. Presidents who posture get a slap on the wrist, they see assets frozen and travel bans imposed. Presidents who show a bona fide intent to invade are taken more seriously than that. But in the eyes of many, that’s not what Putin wanted to do. He wanted to puff out his chest in retaliation to NATO moving further east and, in the worst case, annex Donetsk and Luhansk which, let’s face it, no one would lose much sleep about. They hadn’t considered that on the morning of 24th February he would go much further than that, attacking Kyiv, Mariupol and even seizing control of the Chernobyl complex to the surprise of almost everybody.

There was, however, an outlier. US president Joe Biden has been bang on in his forecasts about Putin’s intentions from the beginning, even while the notion of war in Europe was being ridiculed by many in his own country. The man who had been dubbed ‘Sleepy Joe’ by his Kremlin-loving opponent in the 2020 election had been sharing real-time intelligence that put a spotlight on what Russia was doing. He had told the world that he was “convinced” Putin had made the decision to invade, saying in no uncertain terms that forces intend to attack Ukraine “in the coming week” or sooner and that an attack will target the Ukrainian capital of Kyiv. Donald Trump, on the other hand, only had patrons of the Mar-a-Lago club in Florida to listen to him as he credited the “smart” moves of his former ally.

But let’s get serious for a moment. The invasion of separatist regions in Ukraine is one thing, the full-scale invasion of Ukraine is another and the potential invasion of NATO members in the Baltic Regions is a step up from that. But the rhetoric used by Putin in relation to the use of nuclear weapons is as unprecedented as it is scary. No Soviet leader or US president in recent history has gone so far as to imply the use of such weapons, and while Putin didn’t state it outright, analysts are convinced that the threat was implicit.

In his address to the Russian nation, broadcast live on television at 5.45am Moscow time, Mr Putin said: “Whoever tries to impede us, let alone create threats for our country and its people, must know that the Russian response will be immediate and lead to the consequences you have never seen in history. All relevant decisions have been taken. I hope you hear me.”

With any hope, this time we will.