"The rest of the world sees what’s going on here. We are in far too deep." 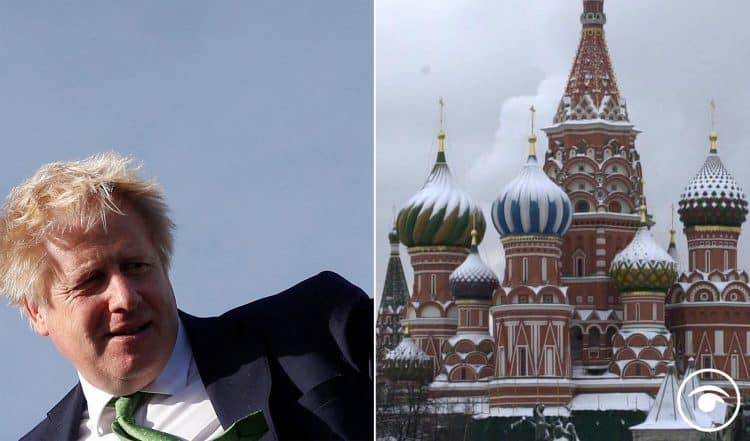 There has been another scandal involving Russian money allegedly flowing into the Tory party.

In February 2018, a donation of $630,225 was made in the name of wealthy London art dealer Ehud Sheleg, who was most recently the treasurer of the UK Tory party.

However, an alert that was filed by Barclays bank last year with the National Crime agency – which has been seen by the New York Times – say that the money originated from the bank account of Sheleg’s father-in-law, Sergei Kopytov.

Kopytov is a former high-ranking pro-Kremlin Ukrainian politician who now owns hotels and real estate in Crimea and Russia.

Via a statement issued by Sheleg’s lawyer, Kopytov said he was a Ukrainian citizen and had not made any such donation.

He said: “I have no interest in British politics whatsoever.

“Any donations made by my son-in-law to a British political party have nothing to do with me or with the money I gifted to my daughter.”

Sky’s Sam Coates asked the PM about the breaking scandal.

He said: “What’s your response to allegations in the New York Times that the Conservative Party took donations from a donor with links to Russia & money linked to a Russian bank account?”

The PM gave a non-reply and eventually said: “You’ve got to be from the UK to give donations.”

As you would expect his shifty answer didn’t go down well: